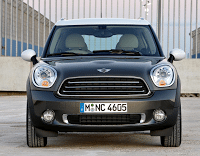 The Canadian auto market shrunk by nearly 5% in July 2011. Sales of every Japanese automaker declined. A few major domestic brands suffered in contrast with the same period a year ago.

Passenger car sales made up 44.8% of the market last month; “light trucks”, including minivans and SUVs, were again the dominant force but were down 3.9% from July 2010. Passenger car sales slid 6.1% according to Desrosiers Automotive Reports. U.S. manufacturers and import nameplates shared equal parts of the Canadian auto market in July. Last year at this time General Motors, Ford, and Chrysler trailed by a couple thousand sales.

Ford was the best-selling brand in Canada and remains the leader through seven months. Sales were a little better than level at the Blue Oval but are up 5.2% year-to-date. Ford’s luxury Lincoln division showed improvement in July, as well. General Motors’ four remaining brands sold far fewer vehicles than Ford. The Chrysler Group, which includes Dodge, Jeep, and Fiat, was more of a force with which to be reckoned.

Japan’s biggest automaker – including its Lexus luxury outpost and Scion underling – was down 18.2%. Inventory woes hit Toyota and the other Japanese manufacturers hard last month. All are expecting August to generate a big turnaround. Toyota Prius sales plunged 76.6% in July.

You’ll want to hear about Hyundai and Kia, everybody always does. Together, the two Koreans found 19,136 buyers in Canada in July 2011. 25% of those sales were supplied by the Hyundai Elantra, which we can safely guess was July’s best-selling car in Canada. Overall victory will naturally go to the Ford F-Series, 8583 of which were sold in July.

Among car brands, the greatest year-over-year gain in July was Mini’s 14.3% jump, aided by the introduction of the Countryman which wasn’t a part of the Mini fleet a year ago. No automaker fell harder than Suzuki. More than half the brand’s July 2010 sales volume disappeared.

Click on over to the U.S. Auto Sales By Brand table for a complete look at the automotive goings-on south of the border. Below, you’ll see a table for GoodCarBadCar.net’s July 2011 edition of the monthly Canada Auto Sales By Brand post. There are stories relating to Canada’s auto sales from July 2010 not explored in the above paragraphs. Keep an eye on the Canadian July 2011 section of GCBC to stay up to date as the month goes on.