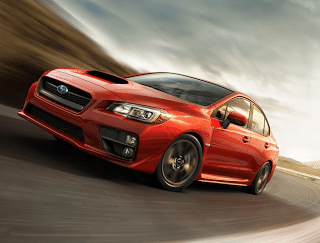 By the end of the afternoon, we witnessed more than a 6% year-over-year increase as auto sales through ten months rose 1.63 million units.

The Ford Motor Company, Chrysler Group, and General Motors accounted for 42% of the market, down from 43% a year ago. Passenger cars, according to Desrosiers Automotive Reports, generated just 42.5% of the industry’s November volume, down from 43.7% in November 2012.

Ford MoCo, the leading manufacturer, sold more than 19,000 Ford brand vehicles, more than enough to make the Blue Oval Canada’s top brand. Among volume brands, no year-over-year was more pronounced than Jeep’s 34% jump. Subaru sales shot up 22, as did sales at BMW and Buick. Premium brand increases didn’t get any better than Maserati’s 156% increase; though Jaguar sales more than doubled and Cadillac’s 53% jump was notable.

Among continuing brands, Scion’s 25% decline was worst. Chrysler’s Chrysler brand slid 16%. Chrysler Group’s top-selling brand was Jeep, and Jeep’s top-selling model was the new Cherokee. 70% of the Porsches sold were Cayennes. Buick has sold more than 1000 vehicles in nine straight months after cracking the 1K barrier only six times in all of 2012.

Hyundai outsold the Honda brand by 4725 units in calendar year 2012 and by 21,391 sales in 2011, but Honda’s second-half surge has shoved Hyundai into fifth place. Honda is 3893 sales up on Hyundai going into December, a surmountable gap for Hyundai were it not for the fact that Hyundai hasn’t outsold Honda since July.

Don’t like to see automakers arranged alphabetically? Click column headers to sort automakers by November ranking, November 2013 sales, year-over-year change, or any other order. You can always find historical monthly and yearly sales figures for any brand by clicking the brand name in the table below or by selecting a make (or model) at GCBC’s Sales Stats page. The + icon has been removed from year-over-year improvements. Look for red font to designate year-over-year declines.

Source: Automakers, AIAMC, Desrosiers & ANDC
Red font indicates declining year-over-year volume
*Does not yet include Lamborghini or Bentley
^ Excluding Sprinter, Mercedes-Benz was up 13.8% to 2745 in November; up 5.5% to 28,695 YTD.