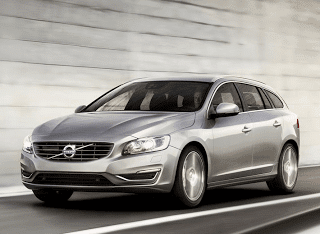 Sales data released today by the Canadian outposts of dozens of automobile brands showed us where the industry stands at the halfway point in 2013.

Chrysler Canada revealed gains of 11%, equal to 2517 extra sales. This was fuelled in no small part by the Ram Pickup’s 1002-unit improvement. Jeep sold more Wranglers than in any month in the company’s Canadian history. June highs were reported by the aforementioned Ram truck, Chrysler 200 and Town & Country, Dodge Avenger and Journey, and the Jeep Grand Cherokee.

For the 14th consecutive month, Volvo Canada sales declined on a year-over-year basis. Porsche sales are up 24% compared with the first six months of 2012, which ended in record-setting fashion. Ford’s Ford brand slid 5%, but the F-Series set a June volume record. Hyundai set a June record, not only with its brand but with Canada’s best-selling car, the Elantra, and with the Sonata, which reported a 42% increase. General Motors sold nearly 25,000 vehicles, an 1838-unit improvement.

Kia’s decline was slight, just seven units, and the Sorento set an all-time monthly record with 1895 sales. All three Toyota brands reported declinign June sales, although Toyota did sell more non-cars than in any month (and any first-half) in history. 54% of the BMWs sold in Canada in June were X1s, X3s, X5s, or X6s.

Nissan’s influence on the industry’s bottom line continued to be negative, as car sales at the Nissan brand plunged 21% in June. At Honda, Accord sales grew 162%, but it didn’t sell as frequently as the Fusion, Camry, or Sonata. Mazda 6 sales, meanwhile, plunged 60%.

Ford is the leading manufacturer (and brand) at the halfway point. Jaguar, Cadillac, Acura, and Porsche have reported the biggest year-over-year gains through six months. The worst declines have been reported by Smart, Suzuki, Volvo, Fiat, Lincoln, and Mini. Subtract the Sprinter’s sales from Mercedes-Benz, and the brand trailed BMW by 273 units in June rather than leading it by 50. Year-to-date, non-Sprinter Benzes are 124 units back of BMW.

Best seller lists for cars, trucks, and SUVs will be added in the coming days. You can always find historical monthly and yearly sales figures for any brand by clicking the brand name in the table below or by selecting a make (or model) at GCBC’s Sales Stats page. At any time, you can click any column header to sort automakers by any which way: June volume, year-to-date volume, or even market share totals. The U.S. edition of this post was published yesterday.