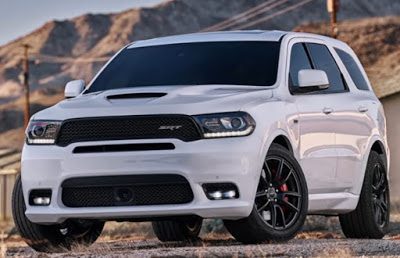 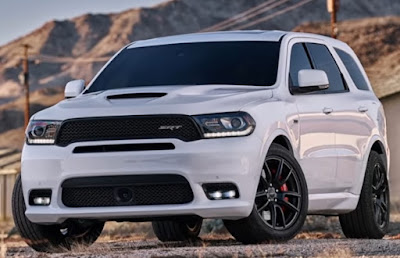 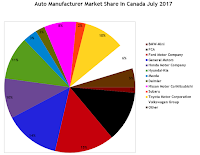 The Canadian car market emerges from a difficult July much less shaken than the US market, but the effects still showed.

Top of the manufacturers table Ford Motor Company retains its comfortable lead in YTD figures despite sales being 7% worse than in the month of July 2016 across the manufacturer’s brands. General Motors, which has increased sales by more than 15% in Canada in 2017 so far, came close to unseating Ford for most vehicles sold in July, with little over 2,000 cars seperating the two’s performance for the month.

Hyundai Kia sold more cars in July than Toyota Motor Corp; the Korean brands have shown increased market share for 2017 YTD despite a fall in sales when compared to last year.

While there’s still a ways to go for Jaguar Land Rover if it’s to catch rival BMW Group, the Jaguar brand has doubled its YTD sales on last year.

Click column headers to sort by specific categories. Using the mobile version of GoodCarBadCar? Thumb across the table for full-width visibility or switch to the web version at the bottom of the page, at which point columns will be sortable.
June 2017 • July 2016

† Industry total takes into account Automotive News figures/estimates for brands such as Tesla and other low-volume, high-priced manufacturers.