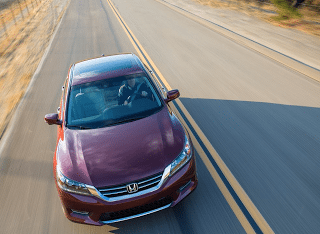 Canadian auto sales in December aren’t the stuff that (a salesman’s) dreams are made of, as winter and Christmas strike. In 2012, for example, only January and February were lower-volume months.

Ford’s 5% tumble in December 2013 was produced despite a rise in F-Series sales but in large part because of the Focus’s 27% decline which led to the lowest-volume Focus month since January 2010. Chrysler Canada’s 5% increase was very much Ram and Jeep-fuelled. GM outsold all other automakers for the first time this year, helped along by GMC’s big 23% increase.

The big three’s muddled picture continued across an industry that saw BMW rise and Mercedes-Benz fall, Mazda soar and Kia slide sharply, Smart decline and Scion decline more harshly. Combined, the industry’s 4% year-over-year increase is in line with that which was achieved over the last twelve months, an industry that’s sold 4% more vehicles in 2013 than in 2012.

Honda Canada sold just 3412 Civics in December 2013, barely more than half what the company managed a year ago. The Civic generates 44% of Honda brand volume in Canada. Toyota’s Scion brand was down 57% in December, and Toyota’s year-over-year improvement was slight. Lexus, however, sold more vehicles in Canada than at any time in the company’s history.

According to Desrosiers Automotive Reports, passenger cars were responsible for just 38.4% of December’s Canadian auto industry volume, as car sales fell 10%. The Canadian outposts of GM, Ford, and Chrysler, meanwhile, owned 42.9% of the market, up slightly from 42.3% in 2012.

Canadians registered more new vehicles in 2013 than in any year in the country’s car-buying history. With 1.74 million new vehicle sales, 2013 was a better year, volume-wise, than the previous record-setting year of 2002, when sales barely eclipsed 1.7 million units. In 2012, Canadians purchased or leased just under 1.68 million new vehicles. Auto industry volume in Canada has grown in each of the last four years after sales fell 11% in 2009.


Don’t like to see automakers arranged alphabetically? Click column headers to sort automakers by December ranking, December 2013 sales, year-over-year change, or any other order. Best seller lists for cars, trucks, and SUVs will be added in the coming days. GCBC will also publish a complete list of YTD/December sales for every single vehicle line, a list which includes brand results. To find out what you can expect, you can see November’s version of that post here. You can always find historical monthly and yearly sales figures for any brand by clicking the brand name in the table below or by selecting a make (or model) at GCBC’s Sales Stats page. The + icon has been removed from year-over-year improvements. Look instead for red font to designate year-over-year declines.

Click column headers to sort by specific categories. Using the mobile version of GoodCarBadCar? Switch to the web version at the bottom of the page, at which point columns should be sortable.
December 2014 • January 2014 • November 2013 – December 2012
Updated at 8:44 AM on 01.11.2014