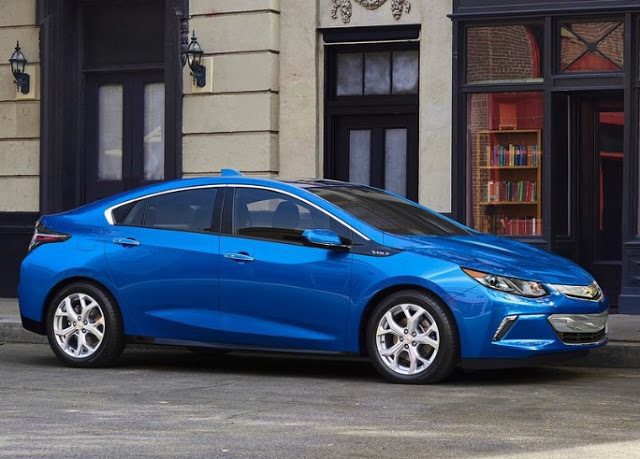 Through the first one-sixth of 2017, Canadian auto sales had risen 3% compared with results during the same time frame in 2016, a significant increase given that 2016 was the best year ever for the Canadian auto industry.

Through the first one-quarter of 2017? With all-time record March sales in the third month of 2017, first-quarter sales rose 5% compared with the records set in 2016.

Ford remained the top-selling auto brand. Jaguar, Maserati, Fiat, Alfa Romeo, and Cadillac were the fastest-growing brands; Dodge and Nissan were the fastest-growing volume brands. Rare were the auto brands that didn’t generate more sales in March 2017 – the best March ever for the Canadian auto industry – than in March 2016. Smart, Jeep, Volkswagen, Hyundai, Mitsubishi, Lincoln, and Ram stuck out like sore thumbs.

Claiming 7.2% of the overall market, the Ford F-Series was Canada’s top-selling vehicle in March 2017.

The Honda Civic, the third-best-selling vehicle, jumped 37% to 8145 sales, tops among cars. The Dodge Grand Caravan led all minivans with 5459 sales, ahead of the top-selling SUV, Nissan’s Rogue, which jumped 63% to 4888 units.

Don’t like to see automakers arranged alphabetically? Click column headers to sort automakers by March sales, year-over-year change, year-to-date totals, or any other order. Best seller lists for cars, trucks, and SUVs will be added in the next few hours. In the coming days, GCBC will also publish a complete list of year-to-date sales for every single vehicle line, a list which includes brand results. To find out what you can expect, you can see the 2016 year end version of that post here. You can always find historical monthly and yearly sales figures for any brand by clicking the brand name in the table below or by selecting a make (or model) at GCBC’s Sales Stats page. Mobile users can now thumb across the table for full-width access.

Click column headers to sort by specific categories. Using the mobile version of GoodCarBadCar? Switch to the web version at the bottom of the page, at which point columns should be sortable.
April 2017 • February 2017 • March 2016 • Updated at 9:31 PM AT on 04.06.2017

Source: Automakers, Desrosiers, Global Automakers Of Canada & ANDC
Red font indicates declining year-over-year volume
* Does not include Lamborghini or Bentley
^ Excluding Sprinter/Metris: up 12.3% to 4747 in March; up 16.9% to 10,760 in Q1.
° Scion is discontinued, now part of Toyota.