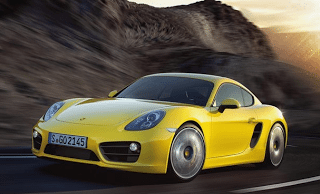 With its best sales in more than ten years, Ford Canada grew its year-to-date lead over the Chrysler Group to 1699 units through the first four months of 2013.

The growth reported by these two trucks is representative of the improvement reported by Detroit’s brands so far this year. Through four months, FoMoCo, Chrysler Group, and General Motors are up 5.2%. Import nameplates, excluding Chrysler’s Fiat, are down 1.6%. This has as much to do with the “import” reliance on passenger cars, which are down 2.9% this year, as it does Detroit’s reliance on trucks, which, as a whole pickup/SUV/minivan category, are up 5%.

Canada’s leading luxury brand in April was Mercedes-Benz, although we’ll wait to see how much of the 143-unit victory over BMW disappears when Sprinter totals are tallied.

(Update: Excluding Sprinter, Mercedes-Benz sold 2525 vehicles in April; 9376 year-to-date. That puts BMW 136 sales ahead of Benz in April, but Benz leads by 155 through four months.)

Through April, 15 brands have reported year-over-year declines in Canada. Buick, Jeep, and Lincoln are the only American brands, although Fiat (having plunged 26%) is Detroit-associated. Dying Suzuki is off 36% this year. Volvo and Smart’s declines are among the worst. On the flip side, the five biggest year-over-year gains so far in 2013 belong to premium brands: Jaguar, Acura, Porsche, Cadillac, and Infiniti.

You can always find historical monthly and yearly sales figures for any brand by clicking the brand name below or by making a selection at GCBC’s Sales Stats page. Don’t forget, although automakers are listed alphabetically, you can switch the order whichever way you like by clicking a column header. Manufacturers will be ranked by April deliveries once they’ve all reported. The U.S. version of this post began updating earlier this morning.