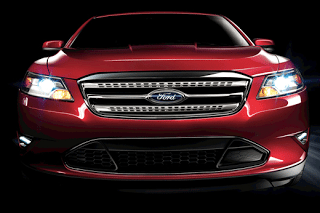 Compared with April, Ford’s market share rose more than three percentage points from 15.3% to 18.4%. GM was mostly steady. Chrysler/Dodge/Jeep/Ram/Fiat increased its share of the Canadian market from 14.8% to 15.5%. Through five months, Ford Canada is now more than 5000 sales ahead of Chrysler Canada. 35% of the Ford brand vehicles sold in May were F-Series trucks.

Still in contrast with April 2012’s results, Toyota lost a bit of ground, as did Hyundai-Kia, Honda, and Volkswagen. Nissan Canada moved up from 4.4% to 5.2%. Mazda slid from 4.5% to 4%. Don’t take this to mean that volume losses were commonplace. Year-over-year sales declines were only reported by Chevrolet, Dodge, Jeep, Mercedes-Benz, Volvo, Cadillac, and Suzuki.

The majority of Canadian May 2012 numbers for individual nameplates have been added to GoodCarBadCar’s database of historical monthly and yearly sales figures, a database you can access through the dropdown menu at the top right of this page or at GoodCarBadCar’s Sales Stats home. Brands competing for Canadian attention were ranked by May volume on Friday. The chart below can be clicked for a larger view. A full Canadian May 2012 auto industry sales recap will get underway when model-specific numbers for every brand are reported a little later in the month.