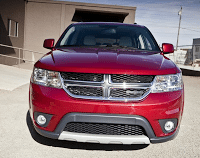 In comparison to June 2011, Ford’s level sales and GM’s decline allowed Chrysler/Dodge/Jeep/Fiat to grab a relatively enormous share of the Canadian new vehicle market. Moving up from 14.3% in June to 16.4% in July on the backs of Dodge’s Journey and the Jeep brand wasn’t that surprising given Chrysler’s July achievements. The company reported its best July ever and its 20th consecutive month of year-over-year growth. Hyundai may be in control of the passenger car market, but Chrysler is owning the overall light truck segment.

Despite falling sales, July was kinder to Mazda than June was. The same can’t be said for Nissan and Infiniti, but Honda/Acura and Toyota Motor Corp. owned greater market share than they did a month earlier. Volkswagen/Audi/Porsche’s gains were slight, from 4.1% in June to 4.3% in July.

The overall new vehicle market fell 5% compared with the same 31 days of 2010. Any manufacturer reporting gains was doing rather well. This chart, of course, explains what those gains accomplished. Hidden in the 7.2% “other” slice are BMW (up 14.1% year-over-year) with 1.7% market share, Mitsubishi (up 0.6%) with 1.2% of the market, and Audi (up 14.2%) with one out of every hundred new vehicles sold.