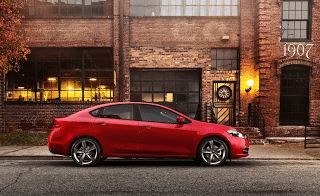 Not only did General Motors suffer from the January doldrums south of the border during a month in which the overall market manifested rude health, GM performed similarly in Canada in January 2012. No organization sold more vehicles in Canada last month than Chrysler. 17.3% of all January new vehicle acquisitions in Canada took place in Chrysler showrooms. 7.7% of those Chrysler sales were actual Chryslers, the majority were Dodges and Ram pickups.

General Motors, as a group, fell 10.9% year-over-year. In January 2011, GM’s Canadian market share stood at 17.2%, Ford was at 16.9%, and Chrysler Canada held 16% of the Canadian market. Mazda and Toyota each gained one half of a percentage point from last January to January 2012. Hyundai and Kia’s gains were slight. So it appears as though Chrysler was the one to scoop up the sales most automakers lost, particularly the ones lost by Ford Canada and GM Canada? Not so much.
Honda, with a year-over-year increase of 144%, and Acura, with a year-over-year 25% increase, earned a market share boost from 4.8% to January 2012’s 9.6%. Honda Canada’s market share in 2011 was 7.8%. Admittedly, Honda’s 9.6% January is actually down from Honda Canada’s 9.7% December, but this is certainly a sign of healthy breathing from a company that was fighting to catch its breath since March’s Tohoku quake and tsunami.

It’s also worth pointing out that Honda’s recent Canadian success is nearly completely Civic and CR-V-based. Even Honda is willing to point that out, saying, “Combined together, the Canadian-built CR-V and Civic represent about 70 per cent of Honda sales in Canada.” Chrysler Canada, meanwhile, owes 77% of its volume to the success of the Dodge Grand Caravan, Dodge Journey, Ram pickup, and the Jeep division.

Check the links below the market share chart, expandable with a click, to view other editions of this Canadian market share analysis. Brand-by-brand volumes are listed in this table, and the dropdown menu at the top right of this page gives you access to the monthly and yearly sales figures for every model on sale in North America.