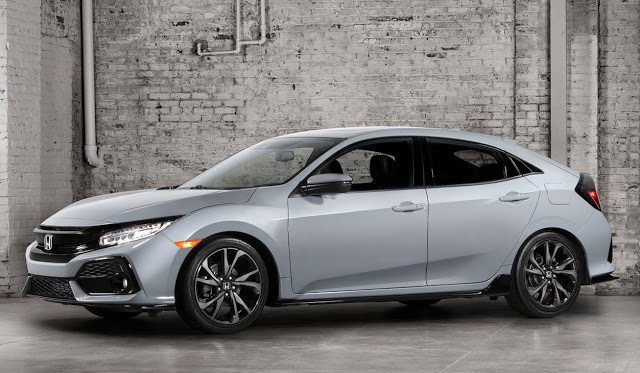 Yet Canadian sales of the recently revamped Honda Civic and Hyundai Elantra are on the upswing through the first two-thirds of 2016. As a result, the perennial leaders have increased their share of the car market from 15.1% through the first eight months of 2015 to 17.4% this year.

It’s reasonable to think Civic sales could climb higher next year. It’s the belief of American Honda that the 2017 Honda Civic Hatchback won’t cannibalize sales of the Civic sedan and coupe. If that holds true, the roughly 7500 Civic Hatchbacks that arrive from Honda’s Swindon, England, assembly plant on an annual basis will only improve upon the Civic’s already lofty total.

Honda Canada is on track to sell more than 66,500 Civics in calendar year 2016, the highest total for the Civic – Canada’s best-selling car in 18 consecutive years – since 2008.

Hyundai, meanwhile, has already revealed the new i30, the car that will become the next Hyundai Elantra GT. With the Scion iM becoming the Toyota Corolla iM for 2017 and a hatchback version of the Chevrolet Cruze forthcoming, Canada’s five best-selling cars will all be available in flexible hatchback form.

Cars now account for slightly less than 35% of the overall Canadian new vehicle market. SUVs and crossovers form 39% of all new vehicle sales..

‘;
document.getElementById(“vinads_div”).innerHTML = lfAd;
}
});
Reminder: these are 2016 year-to-date rankings, but you can sort cars by August 2016 volume by clicking the August 2016 column header, or you can rank them by improvements or declines using the % columns.

Source: Automakers & Global Automakers Of Canada & ANDC
* Italicized unranked lines are nothing more than available breakdowns, already included in the model’s total, not in addition to the model’s total.
² Total Prius Family sales: up 2% to 698 in August; up 4% to 5397 YTD.
† Mini Cooper includes sales of the Hardtop, Convertible, Clubman, Coupe, Roadster, and Paceman.
‡ Total Genesis sales: up 35% to 226 in August down 9% to 1641 YTD.
¤ Automakers release sales figures for the E-Class and CLS-Class and the Passat and CC together. (August’s Passat breakdown, sourced by ANDC, is not confirmed by Volkswagen.)
º Audi’s A4 sales data includes sales of the Allroad.
Sales data for brands such as Ferrari, Lamborghini, and Rolls-Royce are unfortunately not broken down by model. estimates say sales for those brands in 2016’s first eight months were 144, 115, and 56 units, respectively. It is believed that Tesla sold 1180 new vehicles during the first seven months of 2016.