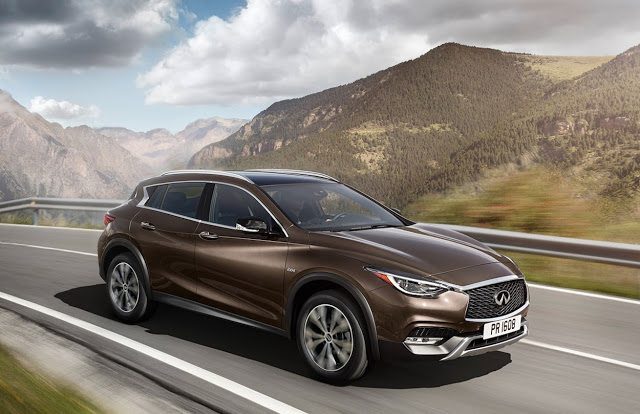 Canadian new vehicle sales decreased in August 2016, a second consecutive month of decline for a market which is nevertheless on track to report a fourth consecutive year of record annual volume.
Despite a loss of nearly 8000 sales over the last two months, auto sales through the first two-thirds of 2016 are up by roughly 50,000 units, a 4% gain. For 2016 to not be a record-breaking year for the Canadian auto industry, sales in the remaining four months of the year would need to fall 8%, year-over-year, a decline of nearly 13,000 sales per month. Unlikely.

Even with modest decline in August, there were plenty of signs of rude health from different corners of the market. Canada’s best-selling vehicle, the Ford F-Series, set an all-time monthly sales record with 14,197 sales in August 2016. Ford is on track to sell 150,000 F-Series pickups in 2016. No other nameplate has ever crested the 100K mark.

Canada’s top-selling SUV/crossover, the Toyota RAV4, reported a 32% jump to 4482 sales in August 2016. Joining in the fun, the Honda CR-V jumped 43% to outsell the year-to-date leader in the month of August, specifically.

Thanks to additional info from Automotive News, coinciding with the launch of the Bentley Bentayga and Maserati Levante, we have additional figures for distinct Bentley and Maserati models.

The Infiniti QX30 entered the market in August, as well, and Volvo Canada reported the brand’s first S90 sales.

Reminder: these are 2016 year-to-date rankings, but you can sort vehicles by August 2016 volume by clicking the August 2016 column header, or you can rank vehicles by improvements or declines using the % columns. Or, most importantly, you can list automakers together by selecting the Vehicle column header.

There are visible brand results, so when you sort the table by vehicle names to showcase, for example, all Porsches together, you’ll also see the Porsche brand’s total. Manufacturers are shown in bold to differentiate makes and models. At any time, click the Rank column to return to the original format. If you’re on a mobile device, you may need to choose the full version of the site (at the bottom of the page) in order to use the sortable function.

Source: Automakers & Global Automakers Of Canada & ANDC
* Italicized unranked lines are nothing more than available breakdowns, already included in the model’s total, not in addition to the model’s total.
² Total Prius Family sales: up 2% to 698 in August; up 4% to 5397 YTD.
³ Total Santa Fe sales: up 42% to 2954 in August; up 1% to 22,853 YTD.
† Mini Cooper includes sales of the Hardtop, Convertible, Clubman, Coupe, Roadster, and Paceman.
‡ Total Genesis sales: up 35% to 226 in August down 9% to 1641 YTD.
¤ Automakers release sales figures for the E-Class and CLS-Class, M-Class and GLE together, GLK and GLC together, and the Passat and CC together. (August’s Passat breakdown, sourced by ANDC, is not confirmed by Volkswagen.)
º Land Cruiser is a commercial vehicle in Canada. Audi’s A4 sales data includes sales of the Allroad.
Sales data for brands such as Ferrari, Lamborghini, and Rolls-Royce are unfortunately not broken down by model. estimates say sales for those brands in 2016’s first eight months were 144, 115, and 56 units, respectively. It is believed that Tesla sold 1180 new vehicles during the first seven months of 2016.