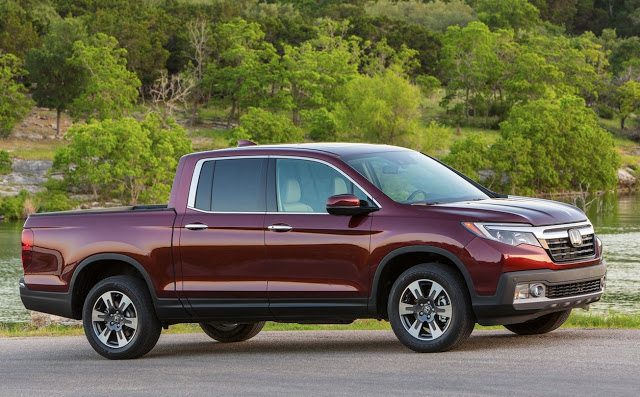 Canadian sales of pickup trucks jumped 5% in August 2016 despite a 2% drop in the overall Canadian auto industry’s new vehicle sales volume and noteworthy drops from five of the six top-selling pickups.

The best-selling Ford F-Series’ class-leading, all-time record-setting August performance of 14,197 sales – a 27% year-over-year leap – boosted the overall category. Help was derived from a trio of midsize trucks, but most pickup trucks sold less often this year than last.

The new Honda Ridgeline managed to outsell four nameplates from General Motors and Nissan, though the Ridgeline was not more popular than the Chevrolet Colorado/GMC Canyon tandem. Of the 3047 midsize pickups sold in Canada in August 2016, 21% were Honda Ridgelines. The Colorado and Canyon combined for a 25% year-over-year increase.

Back at the top of the heap, the Ford F-Series’ three top-selling rivals — Ram, Sierra, Silverado – owned 45% of the overall pickup truck market in August 2016, down eight points from 53% one year ago.

You can click any model name in the table below to find historical monthly and yearly Canadian sales data. You can also select a make and model at GCBC’s Sales Stats page. This table is now sortable, so you can rank pickup trucks any which way you like. Mobile users can now thumb across the table for full-width access. August best seller lists for cars and SUVs will be published soon.