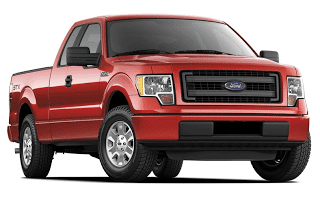 Canadians have been buying new vehicles at a near-record pace in 2013, although most of those sales haven’t been of the passenger car variety.

August traditionally marks the end of the big car-buying season, however, and automobile manufacturers have been chasing buyers with big deals on trucks, older models, and some of Canada’s most popular cars.

Final results saw the Canadian auto industry fashion a 6.4% year-over-year increase, improving the year-to-date growth rate to 3.3%. Cars generated 44.5% of the volume, up from 44.3% a year ago. Import brands – excluding Detroit brands and Fiat – produced 44.1% of the industry’s August sales, down from 44.9% a year ago. Not since 2007, when around 158,400 vehicles were sold in the eighth month on the calendar, has an August been anywhere near this productive for automakers in Canada. (Updated on 09.10.2013, updated again 10.01.2013 as Ford continues to release different information.)

There’s more backstory after the table.

Don’t like to see automakers arranged alphabetically? Click column headers to sort automakers by August ranking, August 2013 sales, year-over-year change, or any other order. You can always find historical monthly and yearly sales figures for any brand by clicking the brand name in the table below or by selecting a make (or model) at GCBC’s Sales Stats page.

Chrysler Canada reported the 45th consecutive month of year-over-year growth in August 2013 while reporting the best eighth month since 1988. Ram truck sales skyrocketed, Fiat 500 sales fell sharply. The Cayenne generated 63% of Porsche Canada’s August volume. Sports cars only brought in 28% of all Porsche clientele. Ford, Canada’s top-selling brand and manufacturer, posted slight losses in August, a follow-up on the bigger declines in June and July. Kia Canada reported its eighth consecutive year-over-year decline. Honda sold a ridiculous 7213 Civics in August. The Forester accounted for nearly one-third of all Subaru sales. Both Infiniti and Nissan reported their best ever Augusts. General Motors produced big increases at its two low-volume brands, Buick and Cadillac, but Chevrolet and GMC reported declining Canadian volume in August. Mercedes-Benz Canada posted an 8% increase in car sales in August: 56% of the brand’s non-Sprinter sales come from cars. The Toyota brand’s car sales were down 2%, Scion improved 4% thanks to strong tC sales, and Lexus grew 10%.