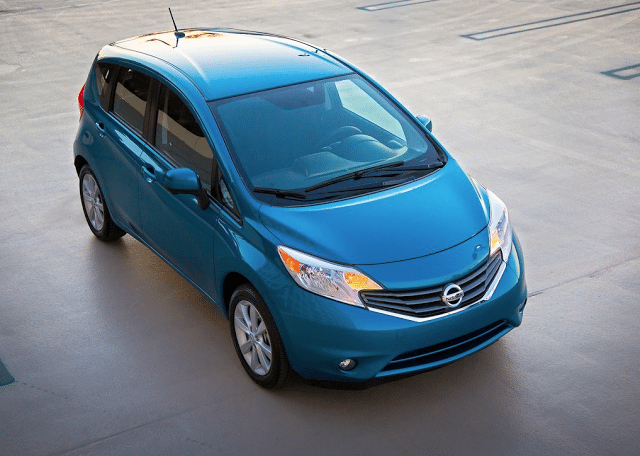 This wasn’t simply an issue of certain vehicles declining so sharply that the improvements among others were overwhelmed. No, every single car in the core subcompact category – Sonic, Fiesta, Fit, Accent, Rio, 2, Versa, Prius C, and Yaris – posted noteworthy year-over-year sales declines.

Many of their bigger brethren did not fare poorly. Sales of the Chevrolet Cruze, Honda Civic, Hyundai Elantra, and Nissan Sentra increased, as did sales of the Buick Verano, Subaru Impreza, and Volkswagen Golf.

But the subcompact group, from the best-selling Hyundai Accent to the about-to-be-replaced Mazda 2, suffered decreases. Perhaps April 2014’s strong showing was simply not worthy of comparison. Sales at this time a year ago jumped 43%. Except even in comparison with April from two years ago, sales last month fell 6%.

The decline among these conventional subcompacts plus sliding Fiat 500, Hyundai Veloster, Chevrolet Spark, and Mitsubishi Mirage – among others – pulled the Canadian passenger car market back from what could have been an impressive month. Car sales in Canada were up 3% in April 2015, but other volume categories posted massive upticks. Full-size, volume brand cars were up 61%; midsize cars rose 17%. Even the compact category that struggled so in the first-quarter of 2015 was up 2% last month.

Source: Automakers & Global Automakers Of Canada
* indicates a vehicle which is also shown in another GCBC segment breakdown.
This post was updated at 11:44 AM on 05.13.2015 with correct YTD YOY % figures for the Mini Cooper.
GCBC isn’t here to break down segments, an impossible task for any group, but to display sales data for the sake of comparison. The more ways sales data can be displayed, the better. This explains why you’ll see the Encore and XV Crosstrek are listed with small SUVs, too, and the Acura ILX shown with mainstream cars is also displayed with luxury cars… because readers have wanted it both ways. You can always find the sales results for EVERY vehicle and form your own competitive sets by using the All Vehicle Rankings posts.