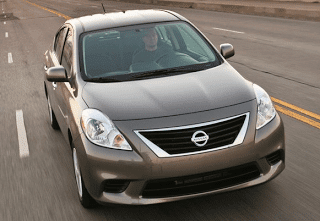 Canada’s top-ranked brand in April was Ford, though sales slid 5%. Blue Oval sales are down 2% so far this year. GM also took a plunge, down 7% on the whole, with only one of its four brands reporting anything other than a decrease. GMC’s 2% increase, mixed with Nissan’s 6% loss, was enough to knock Nissan out of the top ten. Nissan ranked sixth just last month.

GM Canada, with barely more than 21,000 sales, finished more than 1000 sales behind Hyundai/Kia in April. In fact, Hyundai/Kia out-sold everybody except for the Ford Motor Company and the Chrysler Group.

Fiat once again embarrassed numerous automakers with far larger fleets. Buick, Volvo, Infiniti, Mini, Cadillac, and Lincoln all sold fewer cars. 23.7% of the Fiats sold were of the 500C variety. Mercedes-Benz was again Canada’s favourite premium brand. BMW finished 641 sales back with a 6% decline. GM, with

You can see the U.S. version of this post here. Many of the Canadian divisions of these global automobile manufacturers have already reported sales by model – those details can be seen by accessing the dropdown menu at the top right of this page. GoodCarBadCar’s segment-by-segment breakdowns will begin later in the month once every automaker has reported specific sales for each model; and once best seller lists have been published.

Below, you’ll see April 2012 and year-to-date sales figures for the Canadian automotive market. Nearly 158,000 new vehicles were sold, a loss of 1.4%. Canada’s new vehicle market grew 5.2% over the course of the first four months of 2012, however. Passenger cars accounted for 48.4% of all sales. General Motors, Ford, and Chrysler brought in 44.2% of all sales.