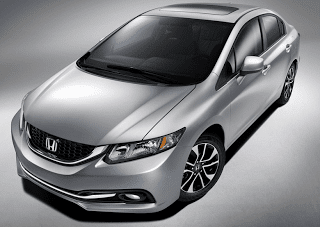 The ninth-ranked Toyota Camry was the tenth-ranked car one month ago, but the Honda Accord, Kia Rio, Hyundai Sonata, Nissan Sentra, Chrysler 200, Toyota Matrix, and Volkswagen Golf also held their places.

Added to the fleet, the Fiat 500L claimed a ranking of 133rd, where it’s tied with the Honda CR-Z. The Cadillac DTS also gained a solitary registration in June. The Kia Cadenza slid backward one spot as Acura Canada finally began selling the RLX. The Mazda 6 slid four spots.

These are year-to-date rankings, but you can sort vehicles by June volume by clicking the June 2013 column header, or you can rank vehicles by improvements or declines using the % columns. Or, most importantly, you can list automakers together by selecting the Vehicle column header. Just remember, the list is horizontally flipped from the norm: YTD on the left, monthly data on the right.