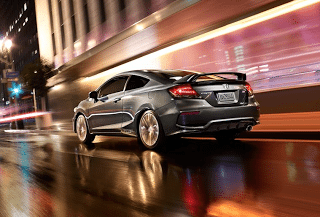 Canada’s six best-selling vehicles in October 2013 generated 35,914 sales, a quarter of the industry’s volume, by collectively improving 21% compared with October 2012.

Led by the Ford F-Series and Honda Civic, October’s top six produced 6226 more sales than the same six vehicles did one year earlier.

While the seventh-ranked Hyundai Elantra was down 6% (but has risen 11% in 2013, what will be the nameplate’s best ever year) the six top vehicles certainly weren’t the only vehicles to report year-over-year Canadian volume increases in October 2013. The eighth, ninth, tenth, eleventh, twelfth, thirteenth, fourteenth, and fifteenth-best-selling vehicles in Canada also sold more often last month than they did one year earlier, in October 2012. In the case of the fourteenth-ranked Honda CR-V, the gain equalled just one extra unit, but that’s still much better than the CR-V’s September 2013 420-unit decline.

Below, the 30 best-selling vehicles in Canada from October 2013.