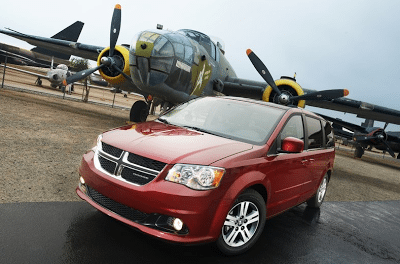 June 2013 lists for Canada’s 20 best-selling cars, 20-best-selling SUVs and crossovers, 13 best-selling trucks (which is all of them) and the ten minivans still available have already been published.

This is where you’ll find it all wrapped up together: the 30 best-selling vehicles overall in June 2013.

Trucks take the top two spots; and grab two of the other top eight slots, as well. Passenger cars, meanwhile, account for 14 of the 30 top sellers. There is but one minivan in the top 30 – minivan sales were down 13% in June 2013. There remains enough space for eleven utility vehicles, from the seventh-ranked Ford Escape through to the 29th-ranked Mazda CX-5.

Among June’s 30 most popular vehicles in Canada, none improved at a greater rate than Honda’s Accord, which is up by 162% this year and rose 162% in June. The Accord generated 1023 extra sales for Honda Canada’s dealers in June; 5578 extra in the first half of 2013.

On the flip side, the Dodge Grand Caravan’s 30% slide was unmatched by any of the other nine declining nameplates. Grand Caravan volume was down by 1835 units in June; by 4325 units year-to-date.

Compared with May’s results, missing vehicles include the Hyundai Tucson, Kia Rio, and Kia Forte. The Korean trio was replaced by the Chrysler 200, Nissan Rogue, and the Kia Sorento.

You can always select a make and model at GCBC’s Sales Stats page to find historical monthly and yearly sales figures from both Canada and the United States. Pertinent links are clickable at the bottom of this post, but you can also find related links at the Best Sellers page. Below, the 30 best-selling vehicles in Canada from June 2013.