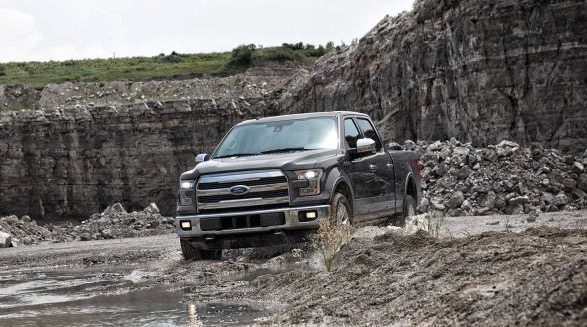 The Ford F-Series grew its February volume by 3% in the second month of 2017 to expand its year-to-date lead over the Ram P/U to more than 6000 units.

Heading into March, the F-Series is well on its way to making 2017 the ninth consecutive year as Canada’s best-selling vehicle. The Honda Civic likewise reported a Canadian sales improvement in February 2017, jumping 37% to 3921 units. Civic sales are up 10% this year, and the second-best-selling car (February’s fourth-ranked vehicle, the Toyota Corolla) is 1255 sales abaft. 2017 could become the Civic’s 20th consecutive year as Canada’s best-selling car.

We’ve already published February lists for the 20 best-selling cars, 20 best-selling SUVs and crossovers, and complete figures for every pickup truck, links to which you’ll find below.

Throwing all those vehicles into one group results in this list of the 30 best-selling vehicles overall.

Mobile users can now thumb across the table for full-width access.