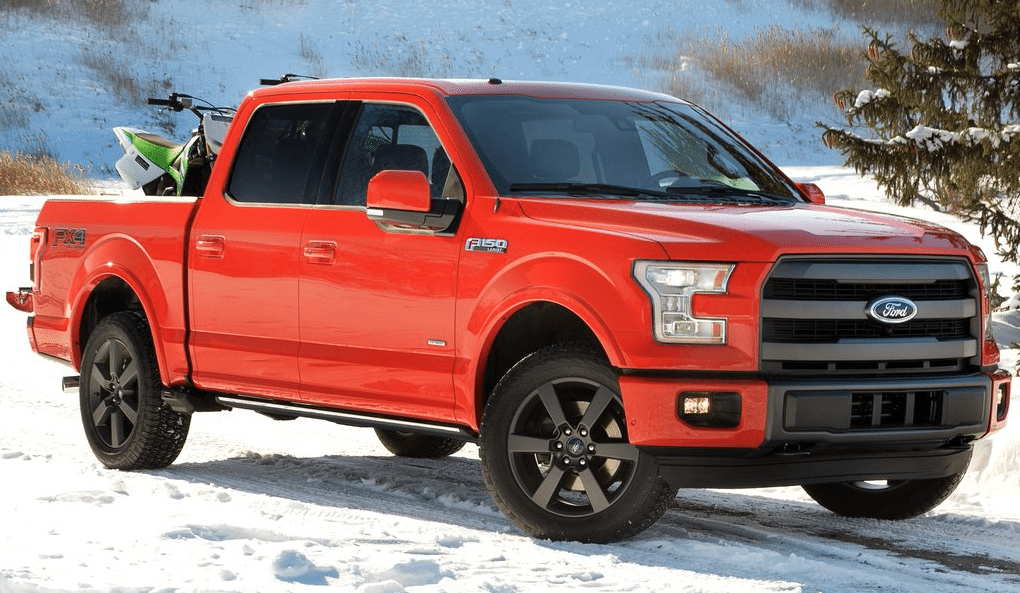 In December 2013, for the twelfth time in twelve tries, the Ford F-Series ended the month as Canada’s best-selling vehicle. Ford’s boldly-styled 2015 F-150 was introduced at the North American International Auto Show in Detroit earlier today.

With the number of F-Series’ sold in Canada each week – 2352 – the new F-150’s front end will become a very common sight in your rearview mirror by the end of the year, if not before. For the F-Series to not be Canada’s best-selling vehicle in 2014 and each of 2014’s twelve months, the new truck’s front end styling will have to be hated by thousands of potential truck customers. And it won’t be. Free from chrome, it’s exactly what truck styling should be, not that the same can’t be said for the Silverado, Sierra, and Ram. In addition to a fresh face, the F-150 will be up to 700 pounds later when the MY2015 truck arrives. There’ll be improved engines and efficiency and an upgraded cabin, plus a handful of new convenience and safety features.

Are the Ram, Sierra, and Silverado currently better than the F-Series? In most respects, yes. And yet the Ford F-Series outsells those trucks and all other vehicles by a huge margin; an increasingly wide margin, in fact. What will happen when a new version of the best-selling vehicle arrives?

Those other vehicles matter, as more and more consumers are considering a truck as an everyday driver. Canada’s new vehicle market grew by 4100 units in December. The truck market alone improved by 1975 units.

While the notion of a buyer considering either the best-selling car, Honda’s Civic (which fell 49% in 2013 yet still hung on as Canada’s top-selling car, leaving the CR-V to propel Honda) or the best-selling truck seems laughable, it’s clear that Canadians perceive crew cab light-duty trucks as viable family options. The F-Series’ record-setting 2013 performance isn’t coming about exclusively because of oil sands projects.

Below, the 30 best-selling vehicles in Canada from December 2013.