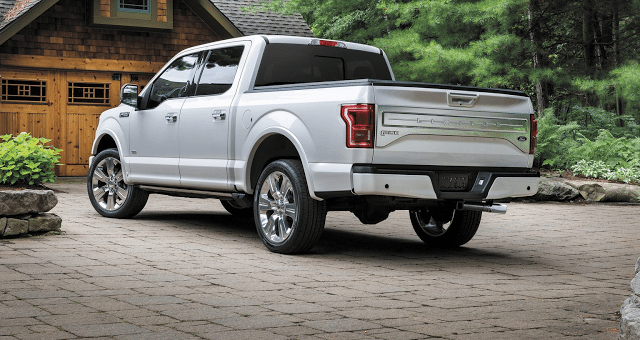 An all-time monthly high in Canadian sales led the Ford F-Series to a resounding victory in the race to end March 2016 as Canada’s best-selling vehicle. The F-Series, a perennial favourite, jumped 34% to 13,385 units, 1750 more than the two best-selling cars combined.

Through the first-quarter of 2016, auto sales in Canada are up 9%. The F-Series, Ram P/U, Honda Civic, Hyundai Elantra, and GMC Sierra – Canada’s five best-selling vehicles – produced 22% of the 403,000 new vehicles sold in Canada during the first three months of 2016.

At their current rates of improvement, all five would break their own Canadian sales records this year. Indeed, so would the Chevrolet Silverado, Toyota RAV4, and Honda CR-V, the next three-best-selling automobiles in Canada.
medianet_width=’300′; medianet_height= ‘250’; medianet_crid=’717379412′;

We’ve already published March lists for the 20 best-selling cars, 20 best-selling SUVs and crossovers, and complete figures for every pickup truck, links to which you’ll find below.

Throwing all those vehicles into one group results in this list of the 30 best-selling vehicles overall. We end up with four pickup trucks, one minivan, 11 cars, and 14 utility vehicles.