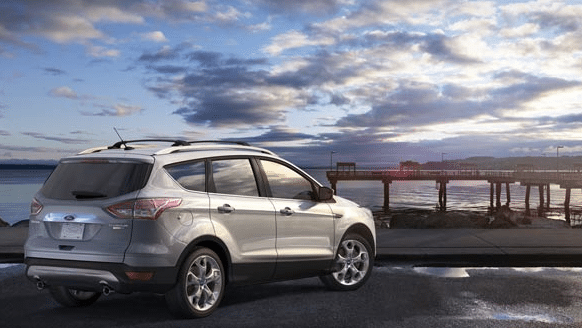 That group of eight included the top-selling Ford F-Series, which still easily managed to outsell all other vehicles despite its slight 2% decrease in August volume. The Ram pickup range was nearly 4700 sales behind. The F-Series and Ram account for nearly twelve out of every 100 new vehicles sold in Canada.

Passenger cars were once again led by the dominant Honda Civic, sales of which are up 8% in a passenger car market that’s down 1% this year. The Ford Escape recorded its fourth consecutive month above 5000 units. No minivan came close to Dodge Grand Caravan-like August volume, although the Chrysler Town & Country, a Grand Caravan twin, ranked second in the category.

Compared with July’s version of this list, the Toyota Camry and Nissan Versa have been knocked out of the top 30 in favour of the Jeep Grand Cherokee and Kia Rio. Compared with the top 30 list from last August, the Jeep Cherokee, Volkswagen Golf, Hyundai Sonata, and Jeep Grand Cherokee have all moved into the top 30; the Ford Fiesta, Toyota Camry, Chrysler Town & Country, and Nissan Versa have been knocked off.

We’ve already published August lists for the 20 best-selling cars, 20 best-selling SUVs and crossovers, and complete figures for every pickup truck, links to which you’ll find above. Throwing all those vehicles into one group results in this list of the 30 best-selling vehicles overall. We end up with four pickup trucks, one minivan, 13 cars, and 12 utility vehicles.