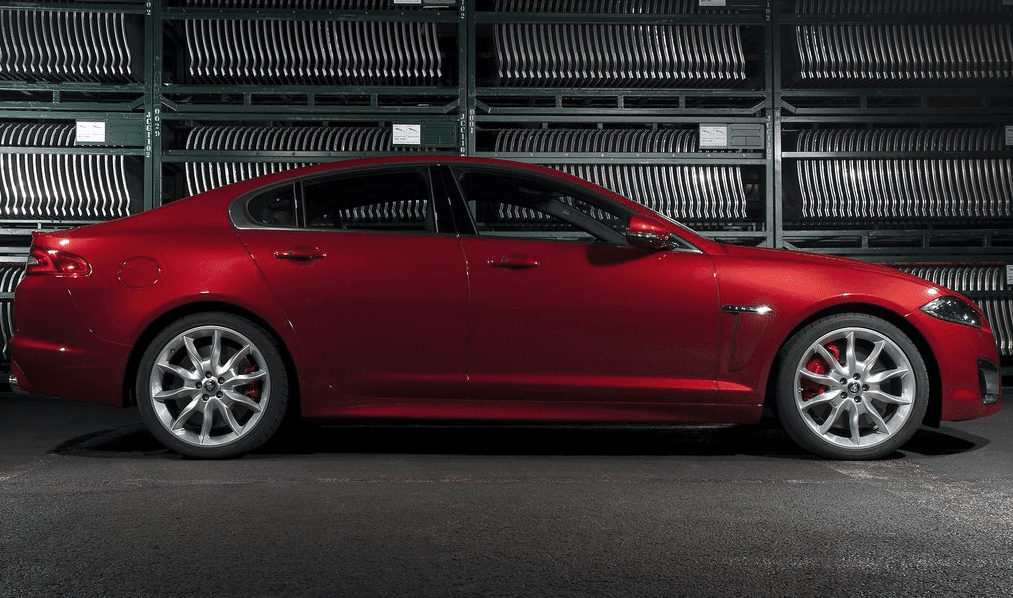 The BMW 3-Series was not Canada’s best-selling luxury brand car in December 2013, but the calendar year was indeed owned by the 3-Series. Outselling the Mercedes-Benz C-Class by 3151 units as C-Class volume fell and the 3er climbed, BMW’s core model generated just under four out of every ten BMW Canada sales in 2013.

Including the 4-Series, sales of which are broken out in Canada but not in the U.S., the 3-Series lineup accounted for 41% of BMW Canada volume.

The third-ranked luxury brand car was the declining Audi A4, sales of which, when combined with its A5 offshoot, still didn’t quite measure up to the 3-Series or C-Class.

The Mercedes-Benz E-Class and CLS-Class, sales of which are combined in Canada, outsold the Cadillac ATS by just 103 units. Based on U.S. figures, there were perhaps around 345 CLS-Class sedans in Canada in 2013, certainly enough to make the ATS Canada’s fourth-best-selling premium brand car.

Jaguar, still SUV-less, was up 96%; up 61% without the F-Type’s help. Lexus car sales rose 2%, equal to 177 extra sales, in the brand’s best-ever year. Lincoln car sales shot up 40% with an extra 758 MKZs and 221 fewer MKS sales. Maserati, which like Jaguar still lacks a utility vehicle, was up 32% to 214 sales with assistance from the Ghibli. R-Class included, Mercedes-Benz car sales were up 4%; without the R-Class Benz cars were up 6%.

Porsche car sales jumped 19% but only generated 44% of Porsche Canada’s volume in the company’s best-ever Canadian sales year. Volvo Canada car sales plunged 23% as the company’s total sales fell to less than half the total Volvo achieved as recently as 2006, when sales had fallen 15% year-over-year.

Source: Automakers & ANDC
* Indicates a vehicle which is also shown in another GCBC segment breakdown
GCBC isn’t here to break down segments, an impossible task for any group, but to display sales data for the sake of comparison. The more ways sales data can be displayed, the better, right? This explains why you’ll see the XC70 listed with luxury SUVs and the Acura ILX with mainstream cars… because readers have wanted it both ways. You can always find the sales results for EVERY vehicle and form your own competitive sets by using the All Vehicle Rankings posts.
^ Acura combines sales figures of the outgoing RL with the new RLX. Mercedes-Benz’s Canadian sales figures combine the E-Class with the CLS-Class.
^ Audi Canada’s A4 sales figures include sales of the Allroad.
^ Total Infiniti G/Q50/Q60 sales: up 62.6% to 187 in December; up 1.5% to 3048 in 2013.