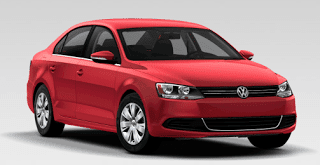 48.1% of the new vehicles sold in Canada in 2012 came from the 20 nameplates at the top of the list you see below. On this list of Canada’s 30 best-selling vehicles, you’ll find eight models from Hyundai-Kia, five from the Chrysler Group, five from the Ford Motor Company, four from General Motors, three Toyotas, two Hondas, and one car each from Mazda, Volkswagen, and Nissan.

All 262 Vehicles Ranked By 2012 Canadian Sales
That’s the industry covered. Moving back to this list of the 30 best-selling vehicles in 2012, you will once again see the Ford F-Series riding high at the top. Although the Ford brand was up just 0.8% in 2012 and the overall Ford Motor Company posted the narrowest of gains, F-Series volume rocketed to unheard of levels. Sales rose 10.4% to 106,358, the first time any vehicle line has ever found more than 100,000 new owners in a single calendar year in Canada. Ram also sold more copies of its, er… Ram Pickup than ever before. Read more about Canada’s best-selling trucks here.

Honda Civic sales rose 18% in 2012 – Civic sales haven’t been this high since 2008. But it’s worth keeping in mind that Honda Canada sold more than 70,000 Civics in 2006, 2007, and 2008. Competition is fierce, and while the Civic has lost market share, it doesn’t appear likely that Canada’s most popular car is about to lose that title. The fifth-ranked Hyundai Elantra, Canada’s second-ranked car, did happen to have its best year on record in 2012, however. Read more about Canada’s best-selling cars here.

Despite its 0.3% slide, the Ford Escape was still clearly Canada’s best-selling SUV in 2012. 10,760 units back sits the 11th-ranked Honda CR-V, sales of which shot up 33% in 2012 to 33,339. Honda sold as many CR-Vs in 2012 as in 2004 and 2005 combined. The Escape was both buoyed and let down by its model transition in 2012: deals on the outgoing model helped; so did the introduction of a new model. But the new model isn’t to every buyer’s taste, and the first-gen Escape was ancient. Ford will likely hold the best-selling SUV crown again in 2013 – it’s the dominant player in Canada – but the surging Hyundai Santa Fe and Honda Canada’s desire to promote best seller status could be important factors to consider. Read more about Canada’s best-selling SUVs here.

Historical monthly and yearly sales figures for any vehicle currently on sale in Canada or the United States can always be accessed by selecting a make and model at GCBC’s Sales Stats home. Popularity is examined at the Best Sellers page. This list of Canada’s 30 best-selling vehicles will soon be expanded to include every single different vehicle sold in Canada in 2012, including the one Chevrolet Cobalt and all four Kia Borregos.