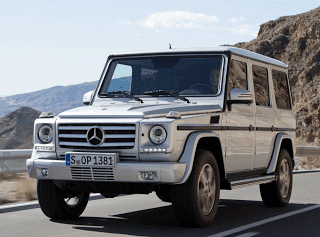 Last month, GCBC changed the way we display Canada’s worst-selling vehicles. Here’s a summary of what we said then to explain the way things will be in the future.

Rather than showcasing only continuing nameplates, rather than placing an arbitrary price point under and over which vehicles are other mainstream or niche players, all vehicles are eligible. There are notes below which mention the vehicles which sold in October 2012 but not last month – we’ve left out all 0-unit vehicles, which obviously leaves out vehicles which suffered a 100% year-over-year decline. Why change? Manufacturers are frequently announcing the cancellation of a vehicle’s production well in advance of actually eliminating the nameplate from their lineups. More importantly, it seems more useful to show the vehicles with sales that are disappearing fastest instead of showing only the vehicles which (apparently) have a future but are selling less often. To make room for expired vehicles – the defunct Hyundai Veracruz, for example, and the on-hiatus GMC Canyon and Audi A3 – we’ve expanded each list from 10 to 20 vehicles. The first list shows the 20 vehicles with the worst year-over-year Canadian sales declines in October; the second focuses purely on the lowest-volume vehicles, regardless of whether sales are rising or falling.

As a result, the Hyundai Veracruz, Audi A3, Chevrolet Colorado, and GMC Canyon top the list of decliners because they’ve either been cancelled or production of the next-generation iteration is delayed. Honda’s CR-Z and Insight have never been deemed desirable in the Canadian marketplace. The R-Class is done, Suzuki is done. Chevrolet’s Avalanche has been cancelled.

The Chevrolet Orlando, however, simply doesn’t sell like it did a year ago.