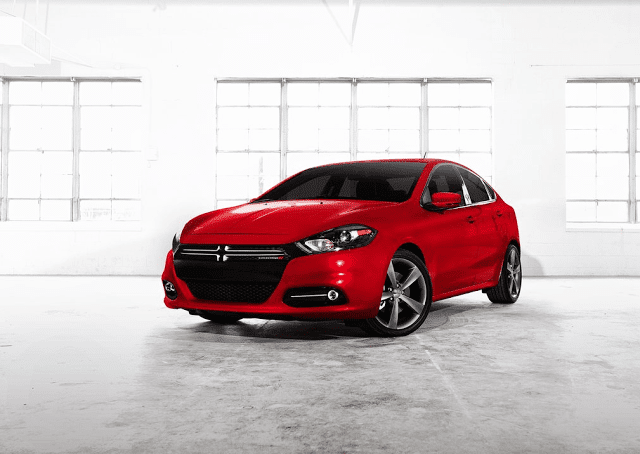 Aside from defunct, discontinued, and transitioning vehicles, the worst-selling vehicle in Canada in calendar year 2015 was the Dodge Dart, sales of which plunged 60% to only 3061 units.

That’s far more than the number of sales any of the other rapidly-declining vehicles managed, but it’s a drop in the vast compact car bucket. Less than 1% of the compact cars sold in Canada in calendar year 2015 were Dodge Darts. Every time Fiat Chrysler Automobiles’ Canadian dealers sold a Dart, Honda Canada’s dealers sold 21 Civics.

medianet_width=’468′; medianet_height= ’60’; medianet_crid=’481536334′;
The Dart wasn’t the only FCA product to crack the list of Canada’s 20 worst-selling vehicles in 2015. Though FCA was Canada’s top-selling manufacturer last year, finishing 2015 with nearly 15,000 more reported sales than Ford Motor Company, cars were not a big part of the business. Only one out of every ten new vehicles sold by FCA Canada in 2015 was a car. The Fiat 500 was another sharp decliner at FCA. Sales of the first Fiat to make landfall in this latest Fiat era plunged 47% in 2015.

On the list of Canada’s 20 least common new vehicle purchases/leases in 2015, most vehicles are likewise discontinued or supremely high-priced, from the defunct Chevrolet Avalanche to the $136K+ Audi R8. Mixed in with these obvious candidates are extremely low-volume luxury sedans such as the Hyundai Equus, Kia K900, and Volvo S80 and unpopular coupes from Cadillac (ELR) and Honda (CR-Z).