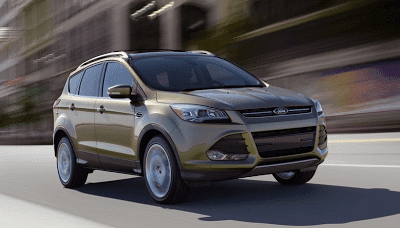 The Ford Escape was the best-selling SUV in Canada once again in September 2013. The Escape’s nearest rival, the Toyota RAV4, was 1279 sales back of the Ford.

How dominant is Ford’s smallest utility vehicle in Canada? Combined, the 10th, 11th, and 12th-best-selling SUVs in the country didn’t sell as often as the Escape did in September.

Honda’s CR-V, the second-ranked utility vehicle through the first nine months of 2013, fell to fifth spot in September as volume dropped 16%. No SUV in the top 20 posted as harsh a decline, although the top-ranked Escape’s 10% drop equalled 446 lost sales, more than Honda lost with its 16% drop.

Ford, Chrysler Group, and General Motors claimed eight of the 20 best-selling SUV positions in September. With Volkswagen Tiguan sales rising 55% to 634 units, no German nameplate made the cut. The Tiguan had been a best seller in each of the previous three months.

Historical monthly and yearly sales figures for any of these models can always be accessed through the dropdown menu at GCBC’s Sales Stats page, and for those not viewing the mobile version of this site, near the top right of this page, as well. GCBC has already published rankings for 36 brands and 13 different trucks and will shortly display the 20 best-selling cars in Canada in September.