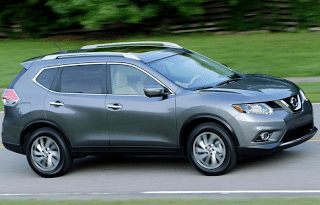 Canada’s two leading utility vehicles suffered significant year-over-year drops in August 2013 but managed to hold on to their positions atop the field. Toyota’s RAV4 came within 127 units of catching the second-ranked Honda CR-V. The Ford Escape finished with 44% more August sales than the CR-V managed.

Mazda tied its high ranking of sixth, previously attained in March, with its ever-better-selling CX-5. Compared with August 2012, CX-5 sales shot up 130%. Other big boosts were reported by the soon-to-be-replaced Nissan Rogue (up 55%), recently replaced Subaru Forester (up 59%), and the Volkswagen Tiguan (up 55), which continues to reap the benefits of lower prices.

No premium brands landed an SUV in the top 20 this month. The Nissan Pathfinder and Lexus RX, July’s 19th and 20th-ranked utility vehicles, fell out of the top 20 in August and were replaced by the Kia Sportage and Honda Pilot.

Historical monthly and yearly sales figures for any of these models can always be accessed through the dropdown menu at GCBC’s Sales Stats page, and for those not viewing the mobile version of this site, near the top right of this page, as well. GCBC has already published rankings for brands and 13 different trucks and the 20 best-selling cars in Canada.