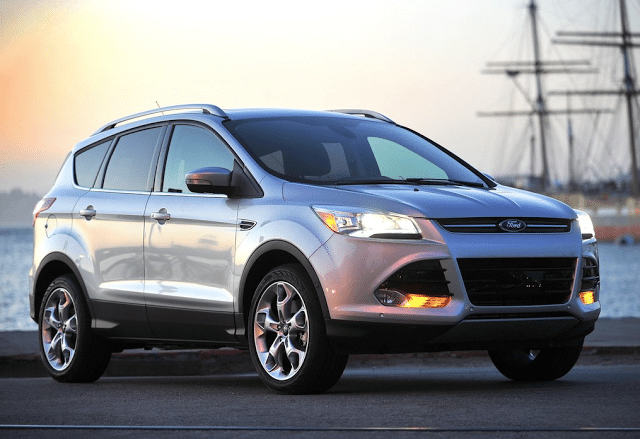 In keeping with its performance in 2015 to date, the Ford Escape posted a 5% loss in a booming Canadian SUV/crossover sector but still held on to the top spot on the SUV/CUV leaderboard in December 2015.

Escape volume slid by 155 units in December as Toyota added 325 RAV4 sales, 210 too few to catch the perennially top-selling Ford.

The Ford Explorer was Canada’s top-selling three-row SUV/CUV in December thanks to a 25% year-over-year improvement to 1253 units, 427 sales ahead of the Nissan Pathfinder. The Toyota Highlander ranked 21st in December; the Honda Pilot 22nd. (The Nissan Rogue, Dodge Journey, and Kia Sorento are all present here, too, but don’t come standard with a third row.)

No premium brand SUVs cracked the top 20 in December, though the Jeep Grand Cherokee which finished December in 14th spot can certainly be optioned up to premium price points. The JGC we tested last fall, an Overland EcoDiesel, was priced at $71,775.

Historical monthly and yearly sales figures for any of these best-selling SUVs and crossovers can always be accessed through the dropdown menu at GCBC’s Sales Stats page, and for those not viewing the mobile version of this site, near the top right of this page, as well. GoodCarBadCar has already published the list of Canada’s best-selling trucks in December and will shortly publish a list of Canada’s most popular cars along with year end versions of each.