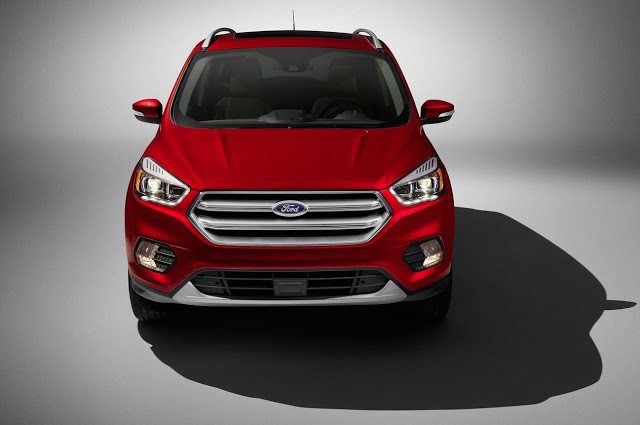 One-third of the way through 2016, the Toyota RAV4 is Canada’s best-selling SUV/crossover, 1748 sales ahead of the next-best-selling Honda CR-V.

The Ford Escape ranked second in April 2016. Had Escape sales levelled off, the RAV4’s 19% surge would not have been sufficient to overtake the Ford. But Escape sales plunged 16% as Ford begins to transition into the facelifted and updated 2017 model.

Only five of the 20 top-selling SUVs and crossovers in Canada in April 2016 sold less often last month than during the same period one year ago. The Escape was joined in that group by two FCA products, the Dodge Journey and Jeep Wrangler, as well as the Chevrolet Equinox and Kia Sorento.

But the majority of utility vehicles surged as the overall Canadian auto industry surged. Never before have Canadians registered more than 200,000 new vehicles in a single month, but that’s exactly what happened in April 2016, thanks largely to a boom in pickup truck sales and a continued explosion among SUVs and crossovers.

The Toyota RAV4 and 14 other top-selling nameplates which improved upon their April 2015 totals combined for nearly 7000 extra sales this April.

Historical monthly and yearly sales figures for any of these best-selling SUVs and crossovers can always be accessed through the dropdown menu at GCBC’s Sales Stats page, and for those not viewing the mobile version of this site, near the top right of this page, as well. GoodCarBadCar has already published the list of Canada’s best-selling trucks in April and will shortly publish a list of Canada’s most popular cars.