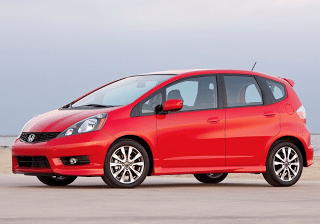 Canadian sales of the Hyundai Elantra, Canada’s second-best-selling car, fell 6% in October 2013, enough of a drop for the Toyota Corolla’s 23% year-over-year gain to propel the recently refreshed Toyota into second spot.

But let’s not kid ourselves. They were all battling for second spot.

Put it this way: for every Corolla sold, Honda Canada sold one Civic and was six-tenths of the way through selling the next one. After a rough start to the year, Civic sales are now 3% higher through ten months than they were a year ago.

Compacts took the seven top spots plus the 13th, 18th, and 20th positions in October’s Canadian results. The best-selling midsize car was the eighth-ranked Honda Accord, which, while down compared to October 2012, still outsold the Toyota Camry and the year-to-date leader by a healthy margin. (Honda sold 4.4 Civics per Accord in October; 1.1 Civics per Accord in the U.S.)

Instead of seeing the usual subcompact leader in the top ten, the Hyundai Accent was outsold by the Nissan Versa. The Versa, now available in sedan and Note hatchback form, last outsold the Accent precisely one year ago. The Kia Rio, an Accept platform-sharer, is the only subcompact to have outsold the Accent since then.

Keep in mind, the Mazda 3’s massive gain, second only to the Honda Fit’s 93% jump among cars on this best seller list, came about not only because of the new 3’s arrival. Outgoing last-gen 3s have been readily available in many parts, and they’ve been available with healthy discounts. Look for a more accurate portrayal of the new 3’s popularity by December or January. The 3 is the only car in the top six to have reported a year-over-year decline through ten months. Renewed popularity is, however, on its way for the Mazda 3, Canada’s second-best-selling car in 2010.

BMW sold 1079 copies of the 3-Series in October. That figure doesn’t include sales of the 4-Series, the first 191 of which were sold last month. So far, BMW USA has been including 4-Series sales in the 3-Series’ total.

Historical monthly and yearly sales figures for any of these best-selling cars can always be accessed through the dropdown menu at GCBC’s Sales Stats page, and for those not viewing the mobile version of this site, near the top right of this page, as well. GoodCarBadCar has already published the list of Canada’s best-selling trucks and will soon publish a list of October’s best-selling SUVs, as well. The + icon has been removed from year-over-year improvements in the best seller list below. Look instead for red font to designate year-over-year declines. We’ve also added prior year data, so you can spend less time hunting around for the numbers you need.

October 2013’s list of Canada’s 20 best-selling cars begins with the Honda Civic and ends 5994 sales later with the Volkswagen Golf.