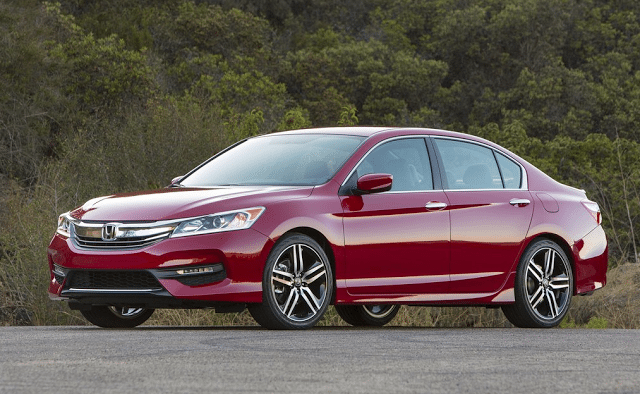 The Honda Civic further secured its year end position as Canada’s best-selling car for an 18th consecutive year by producing a 22% year-over-year sales increase in November 2015.

With one month remaining on the calendar, Honda Canada has already sold nearly 61,000 Civics. The second-ranked Hyundai Elantra is unlikely to top the 50,000-unit mark.

The Civic’s big brother, Honda’s Accord, ranked first among midsize cars in November 2015. The year-to-date leader, Toyota’s Camry, reported a 42% year-over-year decline worth 677 lost sales, enabling the Accord to overtake the Camry and last year’s leader – Ford’s Fusion – to end November with a 22% increase and a temporary midsize victory.

Two premium brand cars ranked among Canada’s 20 top-selling cars in November 2015. The BMW 3-Series made headway – too little too late? – in its quest to catch the suddenly faltering Mercedes-Benz C-Class by year’s end. The 3-Series ranked 11th in November with 1167 sales, 446 more than the Benz managed. But the Mercedes is 240 sales ahead of the BMW heading into December.

Historical monthly and yearly sales figures for any of these best-selling cars can always be accessed through the dropdown menu at GCBC’s Sales Stats page, and for those not viewing the mobile version of this site, near the top right of this page, as well. GoodCarBadCar has already published the list of Canada’s best-selling trucks in November a list of Canada’s most popular SUVs and crossovers.