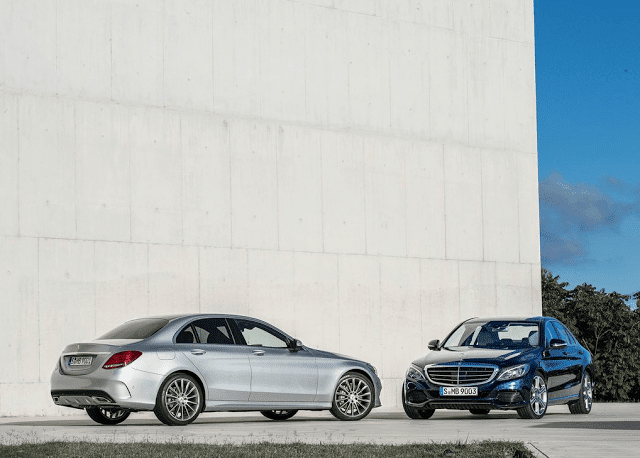 The C-Class led the 3-Series by 1030 units at the halfway point of the year, but that lead now stands at a more manageable 810 units. Manageable for the 3-Series, that is.
The 3-Series is consistently Canada’s best-selling premium brand vehicle, but needs to outsell the C-Class by an average of 203 units per month over the course of the fall and early winter in order to maintain its best-selling status. 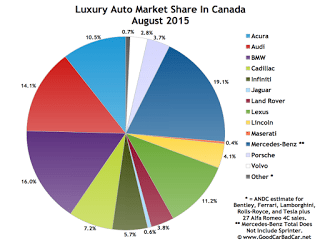 3-Series sales did, however, decline on a year-over-year basis in August. The 20% drop came as C-Class volume jumped 60%. August was the fourth consecutive month in which Canadian sales of the 3-Series declined, year-over-year.

Among premium utility vehicles, the Audi Q5 led in August, as it leads on year-to-date terms. Q5 sales rose 10% last month; its year-to-date pace is marginally ahead of 2014’s eight-month pace.

Among vehicles with base prices above CDN $50,000, the Mercedes-Benz M-Class – soon to be renamed GLE – led the way in August. SUVs/crossovers claimed the five top positions and 12 of the top 15 spots.

Source: Automakers & Global Automakers Of Canada
* A4 sales include sales of the unreported Allroad.
° Escalade breakdown by variant
^ Mercedes-Benz Canada’s figures combine the E-Class with the CLS and the S-Class with the CL.
$50,000 CDN (before delivery) is an arbitrary borderline, but if GCBC was to follow this new system of designating only expensive vehicles as luxury vehicles, $50K seemed like a safe place to begin – it equals the average U.S. new car transaction price plus $15,000, plus another $5000 to account for Canadian increases. Plenty of less expensive vehicles with specific models feature prices above $50,000 – M, RS, and AMG models come to mind, specifically – but in the case of this list, we know that none of the registrations were of cars priced below $50,000.