You can only blame the actual trucks to so great an extent. The GMC Sierra and Chevrolet Silverado are really nice pickups. In fact, the Dodge Ram is a really nice truck, as well. Sales of the Dodge Ram were up 85.2% in April -it can’t be that much less of a pickup than the Ford F-150.
Even Ford is likely to admit that competitors of the F-Series are nice trucks. But the Ford F-150 and its supersize family members are quite the pickups, too. Tough, powerful, handsome, comfortable: the Ford F-Series isn’t just Canada’s best-selling truck; it’s the country’s best-sellin vehicle of any kind. 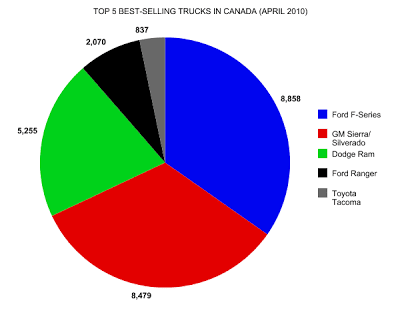