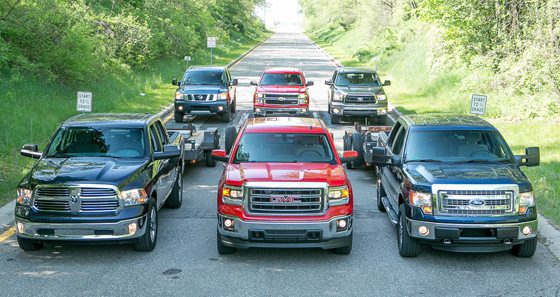 Obviously, it’s a little hard to get a full picture of the truck segment without Ford and GM sales numbers. With that said, we can still discuss the data available. With those company’s sales numbers excluded, the segment was up as a whole by about 10,000 units.

One company that didn’t fare well in the truck segment was Nissan. Both the Nissan Titan and the midsize Frontier saw sales percentage decline. The Titans saw a drop of almost seven percent and the Frontier’s was a much higher number of more than 16 percent. This has been true in other months, too with Nissan struggling to get sales increases. However, its trucks still manage to fall near the middle of the pack in terms of volume, at least with Ford and GM excluded.

It will be interesting to see how Ford and GM’s pickups fared. With sales volume for those models so high, it could have a dramatic impact on the segment as a whole.

In this table we look at how the broad truck market is split into two major types of model types.