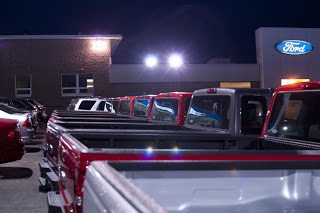 Six of Canada’s 20 best sellers were SUVs or crossovers. Add one minivan to that total, plus four trucks, and you’re left with nine cars, one of which – the Ford Focus – took over from the Toyota RAV4.

The RAV4 was the only vehicle to lose its spot on the list of Canada’s 20 best-selling vehicles. 11 of the Top 20 were made by General Motors, Ford Motor Company, or the Chrysler Group.

The remaining couple hundred nameplates on sale in Canada improved their market share in contrast to Canada’s 20 best-selling, from 52.3% in April to 52.6% in May. 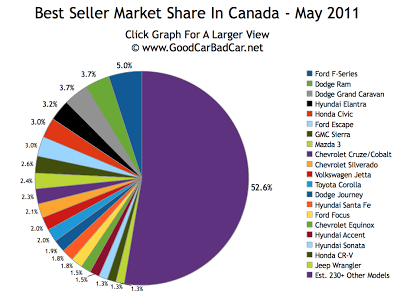