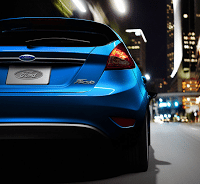 When asked to find deals on domestic crossovers for Sympatico Autos, The Good Car Guy instantly began research on vehicles built by Ford, Lincoln, Buick, Cadillac, Chevrolet, GMC, Jeep, Dodge, and Chrysler. It then became clear that a truly domestic crossover in Canada isn’t necessarily built by a Detroit-based automaker, but is actually built in Canada. That list included the Acura MDX and Lexus RX350, for example.

For this list, however, “American car” means…. well, American car. The logo on its grille represents an American company, even if said American company is owned by an Italian automaker which also owns Ferrari. The Detroit-based auto industry – General Motors, Ford Motor Company, Chrysler/Dodge/Jeep – have combined to form 46.3% of all vehicles sold in Canada through the first nine months of 2010. That’s up from 44% in the same period of 2009. GM’s market share in Canada is down from 17.7% to 15.6% in 2010. Chrysler’s market share is up from 10.9% to 13.2% in 2010. And Ford, the beneficiary of all-new models and significant model revamps, has improved its market share more dramatically, taking a whopping 17.4% of the Canadian automotive market, up from 15.4% last year.

Evidence of the Canadian market’s price sensitivity is exhibited in the best-selling American car in Canada, the 2010 Chevrolet Cobalt. Outdated and now replaced, the Cobalt has been available with wild deals; the sort of deals Canadians can’t ignore regardless of how stellar the alternatives may be. The 2011 Ford Fiesta, albeit smaller, displays its relatively small sales figures as evidence of the contrary – Canadians struggle to pay top dollar when fewer dollars nets a competent A-to-B car.

Of cars built by Chrysler, Dodge, Ford, Lincoln, Buick, Cadillac, and Chevrolet, these are Canada’s best-sellers from September 2010.