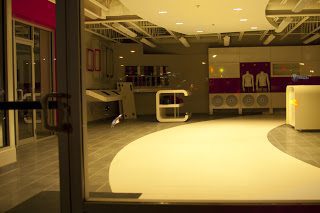 Auto Sales By Segment In The USA And Canada – May 2011

The pickup truck segment made up a smaller portion of the overall U.S. new vehicle market in May 2011 as minivans remained equal and cars also were responsible for a smaller slice of the pie. Indeed, SUV/CUV/Crossovers held 29.1% of the overall U.S. automobile market, up from 28.4% in April.

America’s best-selling utility vehicle was the Ford Escape, sales of which were up 8.9%. Of course, the majority of new vehicle buyers opted for traditional passenger cars, the most popular of which were midsizers from Chevrolet, Nissan, Ford, and Hyundai. And though truck sales shrunk in terms of their effect on the whole market, America’s best-selling vehicle line was still the Ford F-Series, despite a 15%  sales tumble. 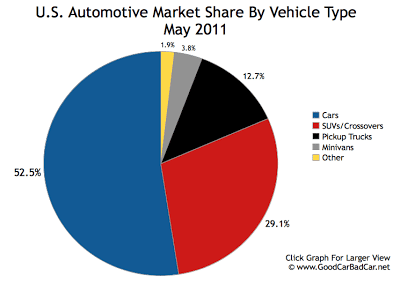 Cars are more popular than trucks or SUVs in Canada, too, but the margin is much narrower. In fact, that margin was narrower in May than it was in April when cars held 48.2% of the overall Canadian new vehicle market.

SUV/CUV/Crossover sales grabbed 28.7% of all Canadian auto sales; that’s up from 28.2% in the previous month. Minivans grew their portion; truck sales shrunk slightly as a percentage of all new vehicle sales. Canada’s best-selling car in May was the Hyundai Elantra. The best-selling SUV was the same as America’s: the Ford Escape. Ford’s F-Series was Canada’s best-selling truck. The market share of the country’s 20 best-selling vehicles is explored in this chart. 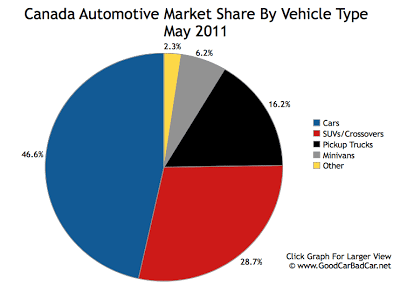