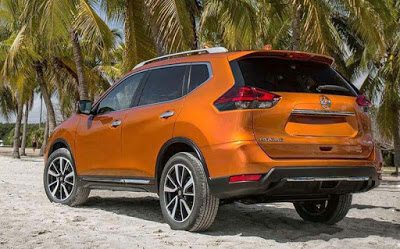 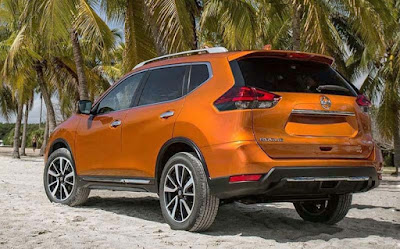 The first 8 months of 2017 have seen crossover-SUVs like the Nissan Rogue and Toyota Rav4 easily outstrip the likes of the Honda Civic, Toyota Corolla and Toyota Camry – more traditional hatchbacks and saloons. The Top-3 selling vehicles in the USA remain pickups, but the next three places are all crossovers, with four passenger cars rounding up the top end of the table.

Sales of the Nissan Rogue dropped in August however, dipping below the 30,000 units in a month mark for the first time since April, and marking the third month in a row that Rogue sales have fallen in America. 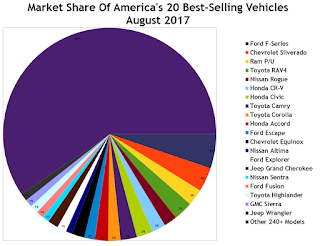 With the Rogue such a popular car in its segment this could have been a sign
that the crossover craze is wearing off in the States, but the Rav4
continues to post impressive figures. August saw Toyota’s crossover go
2,000 sales better than in July to post 43,265 – a 30% increase on the
same month in 2016.

Just over 2,000 sales YTD now seperate the Honda CR-V, Honda Civic and Toyota Camry in the YTD stakes, making 6th, 7th and 8th positions in the top-selling vehicles in the US YTD rankings an interesting battleground to watch as we head into the autumn months.

Reminder: these are 2017 year-to-date rankings, but you can sort vehicles by August volume by clicking the August 2017 column header, or you can rank vehicles by improvements or declines using the % columns. Or, most importantly, you can list automakers together by selecting the Vehicle column header.