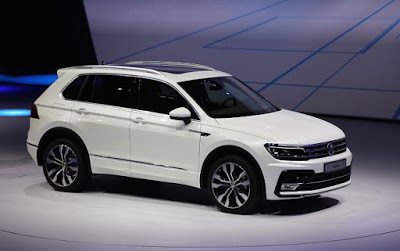 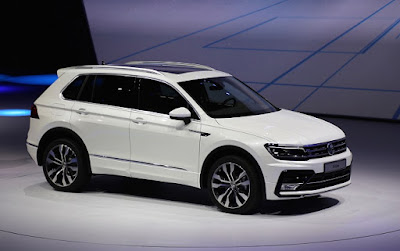 The Volkswagen Tiguan had its best month ever in Canada in August, propelling it to 22nd place on our Best-Selling SUVs countdown.
The Atlas, a new addition to VW’s SUV offering, also did well last month, which bodes well as its more angular styling points in the direction VW are headed with the 2018 model-year Tiguan, as well as the compact T-Roc concept that was recently shown to the public.
Canada Vehicle Sales Rankings By Model – August 2017 YTD
Canada Car Sales Rankings By Model – August 2017 YTD

The Chevrolet Equinox is saw a fall compared with earlier months in the year, but continues to post year-on-year growth compared with its performance in late summer 2016 after the new model hit Canadian showrooms in June.

Canada SUV/Crossover Sales By Model – July 2017 YTD
Canada SUV/Crossover Sales By Model – August 2016 YTD
No change at the top of the table this month, with the RAV4 and CR-V retaining first and second spot respectively. The CR-V posted a drop year-on-year for the second month in a row in July, but remains comfortably ahead of last year in YTD terms.
Canada Auto Sales By Brand – August 2017 YTD
Reminder: these are 2017 year-to-date rankings, but you can sort vehicles by June 2017 volume by clicking the February 2017 column header, or you can rank vehicles by improvements or declines using the % columns. Or, most importantly, you can list automakers together by selecting the SUV/Crossover column header. At any time, click the Rank column to return to the original format. If you’re on a mobile device, you may need to choose the full version of the site (at the bottom of the page) in order to use the sortable function.