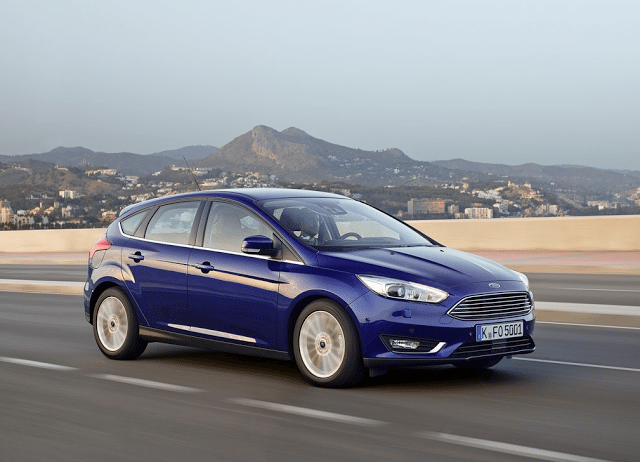 The drop was caused by sharp declines from some of the most popular passenger car nameplates in America: Camry, Accord, Corolla, Civic, Cruze, Fusion, Elantra, Focus.

medianet_width=’468′; medianet_height= ’60’; medianet_crid=’481536334′;
Admittedly, August was a month in which auto sales figures are bound to appear smaller. Not only was there one fewer day to sell cars in August 2015 than in August 2014, this year’s August didn’t include Labour Day – last year’s did.

None of this changes the fact that Americans are increasingly less interested in traditional cars. U.S. sales of SUVs and crossovers, meanwhile, grew by 11% in August, claiming 36% of the overall market. Passenger car market share slid from 49% in August 2014 to 44% in August 2015.

One new passenger car was added to the mix in August, as well. The Volvo S60 Cross Country, a high-riding sedan offshoot of the Volvo S60, produced its first 50 U.S. sales in August 2015.

Reminder: these are year-to-date rankings, but you can sort cars by August volume by clicking the August 2015 column header, or you can rank cars by improvements or declines using the % columns. Or, most importantly, you can list automakers together by selecting the Car column header.

Source: Automakers & ANDC
* Italicized, asterisked, unranked lines are nothing more than available breakdowns, already included in the model’s total, not in addition to the model’s total.
² Total Prius Family sales: down 24.2% to 17,757 in August; down 16.8% to 125,830 YTD.
³ BMW has traditionally chosen to include sales of the 4-Series within figures for the 3-Series, presumably for year-over-year consistency’s sake, while also combining the 1-Series and 2-Series. Now, for July, we have a 3-Series/4-Series breakdown. (Hyundai does the same with the Genesis and Genesis Coupe.)
Total 3-Series/4-Series sales: up 5.0% to 13,103 in August; up 12% to 91,711 YTD.
Sales data for brands such as Aston Martin, Ferrari, Lamborghini, Lotus, Rolls-Royce etc. are unfortunately not broken down by model. estimates say sales for those brands in the first eight months of 2015 were 680, 1416, 504, 100, and 760, respectively. Tesla, unfortunately, doesn’t release model-specific monthly U.S. sales data, but Automotive News now issues estimates for the brand, and those estimates say Tesla sold 1700 cars in August; 13,600 YTD. HybridCars.com estimates 1600 August Model S sales; 15,300 YTD.