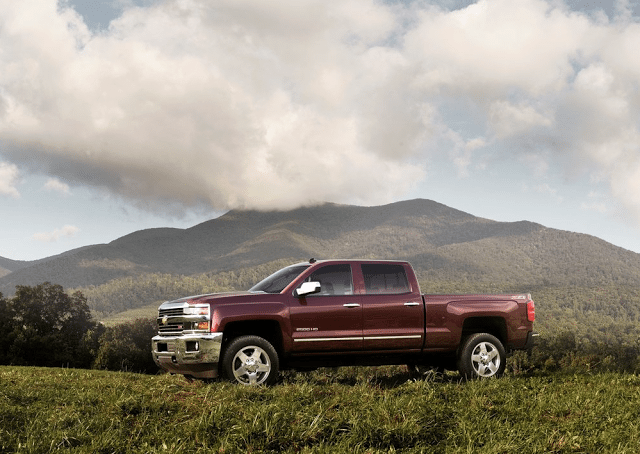 America’s new vehicle industry reported a 0.6% year-over-year loss in August 2015, a modest decline which masks the fact that auto sales continued to sell at a hot pace. August 2014’s figures took into account a longer period, one which included traditional Labour Day sales. August 2015’s figures did not.

The seasonally adjusted annualized rate, an equation which takes severe seasonal fluctuations into account, continued above the 17 million-unit mark in August. The daily selling rate in August 2015 was better than it was in August 2014.

With that context in mind, with 21 August 2015-related sales articles already published to GoodCarBadCar.net in September, and with another August 2015-related article published on Jalopnik, here are August 2015 U.S. auto sales facts you may have missed, factoids we may not have yet published, and tidbits deserving of mention from each and every brand.

Even in a great month for BMW’s SAVs, the company’s five X models, the 3-Series was still a far more consequential singular product for BMW USA. The five-pronged SUV/CUV lineup was up 9% to 8143 units – 3-Series sales jumped 24% to 10,163 even without the 4-Series, which was incidentally down 31% to 2940.
GM’s Buick brand posted a modest 1% improvement in August even as car sales plunged 25%. The Enclave was up 27% to 7389 units – more than the LaCrosse and Verano combined – and Encore sales were up 29% to 6286, more than the LaCrosse and Regal combined.
Since December 2011, Cadillac has sold more than 6000 copies of its SRX only seven times. Three of those occasions, including August’s 52% jump to 6903 units, have come in the last five months.

Chevrolet dealers want the new Cruze. Sales fell to a 23-month low in August 2015.
The Chrysler brand continues to run out of nothing more than a three-car stable, and with the Town & Country still falling (down 47% in August) following the plant shutdown in Windsor, Ontario, earlier this year, Chrysler brand volume plunged 14% last month. The 200 sedan/defunct Dodge Avenger tandem was up 2.5%.
Dodge’s 15% year-over-year decline came as Avenger, Charger, Dart, Grand Caravan, and Durango sales all slid. The Journey, with 9375 units, was Dodge’s best seller. August 2015 was the Journey’s best U.S. August sales month ever. The Journey’s best outright month was in June of this year when 9827 were sold.

Ford sales increased 6% in August 2015 as the F-Series posted its second consecutive 5% year-over-year improvement. Ford car sales, on the other hand, were down 7% as the Mustang and Fiesta provided the only boosts.
Combined, GMC and Chevrolet sold 85,755 pickup trucks in America in August 2015, 32% of GM’s total volume. In August 2014, pickup trucks accounted for 25% of GM’s volume.
Honda’s Accord was America’s best-selling car for the first time since September 2014. But in comparison with August 2014, when Accord sales rose to the highest level ever, volume was down by a fifth, or 10,144 units, in August 2015.
As Hyundai’s car division saw its sales decrease by 1287 units in August, the brand’s crossovers posted a 3296-unit improvement, helping the brand to a 3% increase. But Hyundai still generated only 22% of its year-to-date volume with the Santa Fe, Santa Fe Sport, and Tucson.

Nissan’s upmarket Infiniti division recorded a 16% year-over-year increase in August. Only Mitsubishi, Volvo, Jeep, and Land Rover grew at a faster pace. Infiniti’s SUVs were up 34%; Infiniti’s cars were up 1% even as the Q40 fades away. Only 264 were sold last month, down from 1546 a year ago.

medianet_width=’468′; medianet_height= ’60’; medianet_crid=’481536334′; Jeep sold 80,804 new vehicles in August 2015, the highest monthly figure in the brand’s history. The Cherokee was the brand’s top seller; the Wrangler sold nearly as often as the Cherokee. Grand Cherokee sales slid 8% to 17,144, nearly as many sales as the Cherokee and Wrangler. Jeep then sold 18,581 copies of the Compass and Patriot – more than the Wrangler managed – plus 8156 Renegades, 29% more than in July.
Jaguar’s press release regarding August 2015 sales says, “The 15MY XF, typically the Jaguar volume leader, is being replaced this winter with the all new 16MY XF sedan based on new lightweight aluminum architecture.” But the lowliness of XF sales isn’t directly related to the XF’s transition phase. A year ago, XF sales were actually lower. No, the lowliness of XF sales – up 13% to 321 in August – is directly related to, well, the lowliness of XF sales.
August 2015 was the best month ever for the Kia Soul, a surprise success half-a-decade ago but now a mainstream player. With 17,108 August sales, the Soul was Kia’s best-selling model and America’s tenth-best-selling car, ahead of mainstream players like the Ford Focus, Chevrolet Cruze, Nissan Sentra, and Chrysler 200.

Land Rover, Jaguar’s Indo-Brit partner brand, posted a 16% jump in August sales as the Discovery Sport finally took off. Compared with the LR2’s performance from a year ago, Discovery Sport sales were up 139% to 881 units.

Mercedes-Benz began selling their new GLE-Class SUV in August. New? The GLE is, in part, just the M-Class renamed. (The GLE also includes the new “coupe” Benz SUV.) 1802 GLEs were sold in addition to the 2679 MLs registered. The M-Class alone was down 22%. Together, the GLE and M-Class were up 30% to 4481 units.
49% of the Minis sold in America were of the four-door variety, including the Cooper Hardtop 4-Door and the Countryman. That figure’s basically on par with the Countryman’s market share from August 2014, before the Cooper Hardtop 4-Door arrived.

Nissan’s cars took a 7% hit in August as three products fell by more than half, as the Maxima plunged 30%, and as the Sentra and 370Z tumbled, as well.

Porsche’s 10% increase was powered by the products Porsche didn’t sell at the beginning of this century. 911 sales slid 7.5%; Boxster volume was down 21%. But the 918 Spyder, Cayman, Panamera, Cayenne, and Macan were collectively up 19%.

FCA’s Ram brand continues to post modest pickup truck sales growth, but commercial van volume is strengthening. From 6.1% of the Ram brand’s August 2014 volume, the commercial van’s share of the brand’s sales rose to 8.4% in August 2015.

New third-gen Smart Fortwos are beginning to arrive at the CN Autoport just down the road from GCBC Towers in Eastern Passage, Nova Scotia. And dealers surely want the new cars, thought to be a far more appropriate choice for American small car buyers than the old car, which GCBC still fondly recalls. Smart sales plunged 54% to only 617 units in August.

Subaru’s best ever Forester month helped push the brand above the 50,000-unit mark for the second consecutive month after ten months below 50K. August was also the best month ever for the XV Crosstrek. Combined, Forester and XV brought in 26,364 sales, precisely half of Subaru’s U.S. August volume.

During a month in which the industry failed to match last August’s volume, struggling Volkswagen sales predictably slid 8%. The Golf and Tiguan were the bright lights, but together they account for less than one-third of the brand’s business. Non-Golf/Tiguan sales were down 24%.