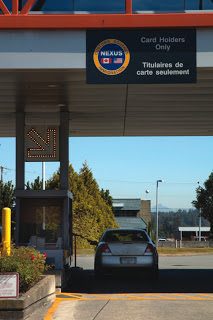 We’re not talking about the North America which includes Greenland or the Turks & Caicos or even the North America which takes Mexico into account. The colloquially-known North America – that’s the United States and Canada – is our target market for this list. After numerous requests from individuals who wanted to know how much the addition of Canada’s auto sales volume could play with the order of America’s best seller lists, GoodCarBadCar has finally given in.

And no, the order hasn’t changed all that much.

America’s 20 best-selling vehicles in the first eight months of 2012 (listed here, along with 242 other vehicles) ran the gamut from Ford’s F-Series to the Camry, Silverado, Accord, Civic, Altima, Corolla/Matrix, CR-V, Ram, Fusion, Escape, Malibu, Focus, Prius, Sonata, Cruze, Equinox, Elantra, Impala and RAV4. All of those vehicles are on this list except for the final Chevy. Stepping Into the Impala’s place was the Dodge Grand Caravan, a minivan that’s so popular in Canada that its additional 38,778 Canadian sales in the first two-thirds of 2012 were enough to push its North American ranking up to 20th from its U.S.-only ranking of 28th.

Despite the weaker Canadian results reported by the Toyota Camry, Honda Accord, Nissan Altima, and Chevrolet Malibu, these four midsize sedans still ended August as the second, seventh, eighth, and 14th-best-selling vehicles in North America. You can see those weak finishes in the accompanying table’s right-most column.

And despite their strong Canadian finishes, the Hyundai Elantra, Ram P/U, and Dodge Grand Caravan were dragged downwards on this list by U.S. sales totals which simply aren’t as robust.

Pertinent local best seller lists are clickable at the bottom of this post. If this North American version is something readers want to see on a regular basis, drop GCBC a line. You can always tally up total North American sales by using the first dropdown menu at GCBC’s Sales Stats home in order to find historical monthly and yearly sales info for any model.

For the record, Automotive News says Americans acquired 9,711,238 new vehicles in the first eight months of this year while Canadians registered 1,163,873 new vehicles between January and August of 2012. That 8.3-to-1 ratio almost fits the population gap. There are nine U.S. residents for every one resident of Canada.

The top 20 best-selling vehicles in North America in 2012 are ranked below.

Source: Manufacturers & ANDC
Red font indicates year-over-year declining sales
Toyota Canada releases separate figures for the Corolla and Matrix. We’ve joined them here, as we have with the Prius, because of the way Toyota USA releases sales info. This skews the Canadian rankings somewhat, as in reality, the Hyundai Elantra sells more frequently than the Corolla (as Canadian data shows) but not as often as the Corolla and Matrix combined.