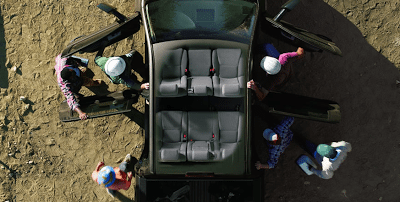 Ford, so dominant in the truck market, is absent in the minivan market. Chrysler, with the brand’s Town & Country and Dodge’s Grand Caravan, has seen tremendous growth from both vans in 2012. Compared with the first two-thirds of 2011, T&C sales have risen 26%; Grand Caravan sales are up 26%. 45% of all minivan sales in America this year have come from the Chrysler/Dodge duo. The Honda Odyssey ranks second with 86,459 sales, up 29% from last year. The Toyota Sienna is just 923 sales ahead of the Chrysler Town & Country in the bronze medal position.

August marked just the seventh time in the last 32 months, but the second consecutive month, that Mazda 5 sales dipped below 1000 units. It’s almost as though Mazda is trying to prove to every other automaker that quit the U.S. mini-minivan segment (or, more likely, never bothered to enter) by reporting lower and lower sales. Only 2.3% of the minivans sold in America this year have been Mazda 5s.

After the jump you’ll find detailed August and year-to-date U.S. sales figures for eight vans and 16 pickup trucks. Click either of the two accompanying charts for a larger view.