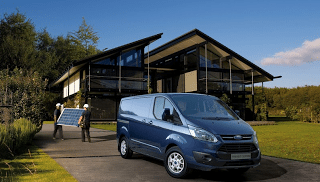 24,641 cargo vans – some of which were inevitably turned into RVs or airport hotel passenger transporters – were sold to American buyers in August 2012.

Through eight months, sales of these seven vans have risen 19.1%.

As the accompanying chart makes very clear, the Ford E-Series vans are America’s favourites, although their share of the market is in decline. At this time last year, the Ford E-Series (not to be confused with the Mercedes-Benz E-Class) accounted for 47.2% of the commercial vans sold in the United States. That number has fallen to 41.9% in 2012.

FoMoCo doesn’t want this trend to continue, so the Blue Oval is about to start operating with Mercedes-Benz-like tendencies. Instead of offering a cargo van with an antiquated chassis to American customers, Ford will soon begin selling Europe’s full-size Transit on this side of the Atlantic. The new version is pictured above. It’s Sprinteresque.

As always, historical monthly and yearly sales figures for all these vans can be found by selecting a vehicle through the first dropdown menu at GCBC’s Sales Stats home. There’s way more data that can be accessed that way than you can possibly have interest in. You could also just click the model name below for monthly sales which go back as far as January 2010 and yearly sales which stretch back to 2002.