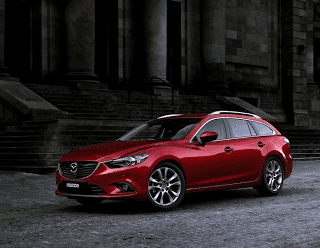 Apart from the aforementioned 7% of the top 30 which underwent changes, the major alterations involve the Toyota Camry’s drop from second spot to third (and the Chevrolet Silverado’s subsequent rise from third to second), the Chevrolet Cruze’s rise from 18th position in July to sixth in August 2012, and the best-selling minivan’s rise to 19th spot. Cruze sales are down 9% this year – it’s one of only two cars on this list suffering a year-over-year year-to-date decline – but August was successful, as Cruze volume jumped 19%.

That pace is about equal with the overall market’s increase. Compared with August 2011, the U.S. auto industry sold 20% more cars, trucks, and SUVs last month. The best-selling vehicle in America, Ford’s F-Series, also posted a 19% increase. The Toyota Camry, Honda Accord, Ford Escape, Honda Civic, and Toyota Corolla are all members of the top ten which outpaced the industry’s growth. More than half of the vehicles in August 2012’s top 30 posted more notable improvements than the overall new vehicle market.

Historical monthly and yearly sales figures for all these vehicles can always be accessed through the first dropdown menu at GCBC’s Sales Stats home or near the top right of this page. Brands were ranked by volume yesterday and other best seller lists were published then, as well. Pertinent links are clickable at the bottom of this post.

Below you’ll find the 30 best-selling vehicles in America ranked by August 2012 volume. Year-to-date rankings for every vehicle sold in the United States this year will be published in the coming days.