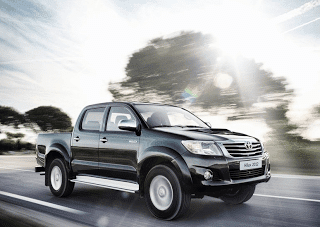 With its best U.S. sales month since December of last year, the Ford F-Series walked away with the best-selling truck in America title once again in August 2012. Combined, GM’s two full-size trucks were 5411 units back of the Ford. The third-best-selling Ram P/U trailed the second-ranked Chevrolet Silverado by more than 13,000 sales.

Compared with August of last year, auto sales were booming across the United States last month. Pickup truck sales are rarely left out of the loop when the overall industry soars close to 20%. The F-Series and Ram both climbed 19%. The Toyota Tacoma recorded a 41% improvement. GM’s twins, both of which will be replaced in the coming months, are up 4% and 5.5% this year.

It bears repeating: historical monthly and yearly sales figures for these five trucks and every other automobile currently on sale in North America can be accessed through the first dropdown menu at GCBC’s Sales Stats home or near the top right of this page. August and year-to-date sales have been broken down by brand here, and best seller lists for cars, SUVs, luxury vehicles, and all-encompassing vehicles are upcoming.

The table below, meanwhile, showcases the five best-selling trucks in America in August 2012.