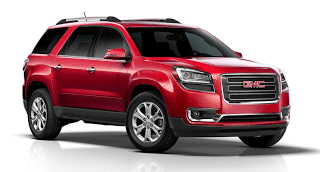 Just 312 sales off the record-setting pace set two months ago, the Ford Escape was immensely successful in August 2012. Outselling the leader of the pack, Honda’s CR-V, is no mean feat. Doing so when the CR-V records a 44% increase is a particularly difficult task. Escape sales jumped 37% in August, a 7581-unit leap. The Ford Explorer ranked fifth among SUVs and crossovers in August. Ford’s Edge slotted in at the ninth spot.

695 of the Explorer’s tally is owed to the impact of the Police Interceptor Utility. On sale since March, August was the police Explorer’s second-best sales month. Ford also sold 1289 Taurus Interceptor’s in August. Chevrolet sold 731 Caprice PPVs.

Back to the subject, the surprisingly vibrant SUV/CUV market was, well, shockingly successful in August 2012. Forecasters didn’t predict an overall 20% industry sales boost, one that was delivered in part by increases like the Escape’s and CR-V’s but also by the Toyota RAV4 (up 141%), GMC Acadia (up 26%) and Dodge Journey (up 58%). Red font, the kind that indicates year-over-year declines, is a rare sight in the table below.

America’s 20 best-selling cars and five best-selling trucks have already been ranked, as have every automotive brand competing for buyers in the United States. You can find specific historical monthly and yearly sales figures for all 20 of the most popular SUVs in America by accessing the first dropdown menu at GCBC’s Sales Stats home.