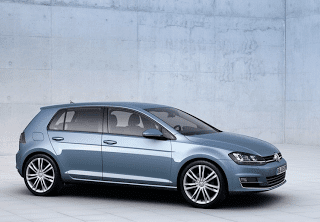 Ford’s F-Series predictably remained atop the leaderboard, but from that point on things differed in comparison to the previous month’s results. From second spot in July, the Dodge Ram fell to third spot. The Honda Civic rose from fifth place to second. Apart from some other small moves, the biggest jumps were made by the Toyota RAV4 (year-over-year sales rose 134%, the RAV4 rose to 13th position from 17th), and the Toyota Camry (up to 23rd from 30th despite a year-over-year decline).
All 259 Vehicles Ranked By August 2012 YTD Canadian Sales
The list of vehicles which were booted off the list include the Jeep Grand Cherokee, Chrysler 200, Hyundai Sonata, and Ford Fiesta. Taking their place were the GMC Terrain, Toyota Matrix, Volkswagen Golf, and Kia Rio.
GoodCarBadCar published more specific best seller lists yesterday – links to those lists are clickable at the bottom of this post. The Ford F-Series was absurdly dominant in Canada in August, as the market share chart above (which you can click for a larger view) clearly displays. Monthly and yearly sales figures for all these models can always be accessed free of charge through the first dropdown menu at GCBC’s Sales Stats home.
Below, the list of Canada’s 30 best-selling vehicles in August 2012 is complete with year-over-year comparisons, year-to-date totals, and year-over-year comparisons with the first eight months of 2012.